In Canada's attempts to reach around the world to build ties to emerging powers, one of the most important initiatives is coming from Canadian universities lured by the pot of gold in India's millions of bright young students.

Vast numbers of young Indians demanding a middle-class lifestyle and university education face a shortage of quality schools in their own country. And while Canadian universities were slow off the mark a decade ago, they are now rushing to recruit those students, to create joint study or research programs with universities in India, and even build campuses there.

The world is courting India. Canada is warming ties after decades of chill with New Delhi, and seeking a free-trade deal with the emerging economic power. And Canadian universities offer something valuable to both India and Canada: by educating thousands here, or in joint programs with India, the schools could build ties that spark business for decades, as well as deepen political ties.

Vaibhav Agarwal, a bio-engineering student at the Indian Institute of Technology in Kanpur, came to the University of British Columbia for a summer internship offered through the non-profit research organization Mitacs, because teachers told him of a hidden gem.

"They said Canadian universities are doing some good research, but the only thing is that they are not very much publicized," said Mr. Agarwal, 22.

Two of his friends went to the United States, to Cornell and Purdue universities. Indian students who can't afford or can't get a spot at a top Indian school go to lower-ranked universities, some with poor reputations. The demand is obvious: India has 550 million people under 25, according to a 2009 report from India's National Knowledge Commission. The country has 350 universities, but needs about 1,500 more by 2015.

Attracting more of those students could have a huge impact: A study commissioned by Canada's federal government found the 90,000 foreign students in Canada bring in $6.5-billion a year, more than exports of softwood lumber or coal.

"There's a market moment for Canada," said Paul Davidson, president of the Association of Universities and Colleges of Canada.

Universities are moving to seize it now. York University's Schulich School of Business just announced plans to build a campus in Hyderabad. The University of Waterloo is exploring the possibility of its own Indian campus. UBC, the University of Toronto, Carleton University and the University of Alberta, among others, have Indian strategies. Many are launching joint research or study programs, so students can do half their degree at an Indian university and half in Canada, and are stepping up efforts to recruit students to come here.

Doing so could also build broader ties. Canada's relations with New Delhi were chilly for 30 years after the country exploded a nuclear bomb using Canadian technology, and hindered also by Sikh extremism and the Air India bombing. They're warming now, but at a time when everyone is courting India's government.

Devesh Kapur, a University of Pennsylvania expert on Indian universities and diaspora ties, argues expanded university exchanges can build business networks, spur innovation and the economy, and build the Canadian "brand" and influence in India. Indians who study in Canada are more likely to do business here later. And unlike China, building ties to India depends less on government.

"An important driver of relationships will be business, and in that, where these guys studied, and their networks," Dr. Kapur said.

There can be pitfalls, however. Australia made a foreign-policy decision to recruit students from Asia, and there are now 70,000 Indian students in higher education there. But things have not gone well. Some vocational schools were seen as hucksters. Worse, a 2009 spate of attacks on Indian students in Australia, seen as racially motivated, sparked a furor in the Indian press. Australian government officials trooped to New Delhi to repair ties, and Australian universities have seen enrolments from India plunge by 30 per cent.

Some Canadian universities are offering a kinder, gentler image. Carleton's president Roseann O'Reilly Runte noted Canada's reputation as a multicultural society is a plus. Her strategy also eschews hard competition with Indian universities for joint projects and mentoring faculties - a two-way circulation of brains.

York provost Patrick Monahan said the Schulich campus in Hyderabad is largely aimed at building its international scope, so high standards are key. University of Waterloo vice-president Leo Rothenberg said a campus in India might be a way to offer high-standard education to those who can't afford to do a degree abroad; they've turned away potential partners seeking quick profits, and might seek a model similar to what they do at a campus in Dubai, with students doing half their studies in India, and half in Canada.

The efforts, Mr. Agarwal said, are likely to find takers. Fewer Indian students want to go to Australia now, but would - if they knew about it - see Canada as an option.

Number of Indians under the age of 25

Number of universities in India

Number of universities India needs by the year 2015, according to the government's National Knowledge Commission

Number of universities in Canada

Number of Indians studying at universities in Canada

Editor's Note: The information that there are 3,000 students from India at universities of Canada was provided by the Association of Universities and Colleges of Canada, and based on OECD data from 2008, the most recent available. Increases in the number of visas issued since then for students at various types of academic institution suggest the number has probably risen. 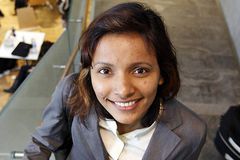 ROB Magazine
Why doesn't Canada have more top companies?
June 23, 2011
Follow Campbell Clark on Twitter @camrclark
Report an error Editorial code of conduct
Due to technical reasons, we have temporarily removed commenting from our articles. We hope to have this fixed soon. Thank you for your patience. If you are looking to give feedback on our new site, please send it along to feedback@globeandmail.com. If you want to write a letter to the editor, please forward to letters@globeandmail.com.
Comments