A Conservative senator is facing allegations from his former colleagues in the chemistry world who claim he has for decades inflated his contribution to a significant scientific development.

Senator Kelvin Ogilvie, a former chemist and university president with numerous professional accolades including an Order of Canada, is being accused by three former colleagues of overstating his role in the development of the "gene machine," an automated apparatus for manufacturing DNA.

Some academic experts, however, say that scientific literature shows Dr. Ogilvie undoubtedly played a role in developing the chemical method behind the machine, leading to its ability to synthesize DNA.

Robert Bender, the founder of Bio Logicals, the company that patented the machine, recently filed a small-claims lawsuit against the senator, accusing him of fraud, libel and "misappropriating intellectual property." He is seeking $25,000 in damages and an apology, about 36 years after the device was first developed.

"Kelvin Ogilvie has constructed a network of misrepresentation based on false claims to my work and the work of others," Mr. Bender alleges in his claim. He is also suing McGill University, where Dr. Ogilvie was a professor and where part of the development took place, for publishing documents that cite Dr. Ogilvie as the sole inventor.

"I strongly disagree with the allegations in Mr. Bender's claim, and will vigorously defend myself against them before the court," Dr. Ogilvie said in a statement to The Globe and Mail.

A spokesman for McGill said the university has received the claim and is studying it. "We will provide the appropriate response to the court in due course," Chris Chipello said in an e-mail.

Questions are also being raised about Dr. Ogilvie's claim to be the inventor of Ganciclovir, an antiviral drug that fights infections in a weakened immune system. Two U.S. chemists, Julien Verheyden and John Martin, were granted the U.S. patent for the drug in 1981, although Mr. Ogilvie filed the first U.S. patent application that covered the Ganciclovir compound in 1980 and claims to have invented it independently. Although this claim is not disputed by the U.S. chemists' lawyer, Tom Moran, he said his clients filed the first patent for the drug itself, which designates inventorship in the U.S.

"This is a very delicate matter in the sense that you had both people synthesizing the same compound in two different labs," Dr. Verheyden, now 84 and living in Oregon, told The Globe. "Who's the inventor? Well we got a patent. And he got upset by that, but he couldn't invalidate the patent."

The accusations made against Dr. Ogilvie are complicated, and opinions about the matter in the science world are mixed.

Dr. Ogilvie was appointed to represent Nova Scotia in the Senate by former prime minister Stephen Harper in 2009 and is set to retire in early November, when he turns 75. Dr. Ogilvie's scientific accomplishments were cited in the reasoning for his appointment.

The senator worked as a chemist alongside Mr. Bender and Peter Duck, the scientists who filed a U.S. patent for the gene machine "chemical synthesis apparatus" in 1981. Dr. Ogilvie, however, has been widely credited, and has previously taken credit, for developing it.

Dr. Ogilvie previously stated in his online Senate biography that his accomplishments included "the development of the 'Gene Machine.' "

But the biography was altered in recent months to say that Dr. Ogilvie developed "the chemistry of the 'Gene Machine.'" When asked why he changed his biography, Dr. Ogilvie told The Globe, "On that issue, my lawyers will deal with it all."

Dr. Ogilvie later said in an e-mail the gene machine patent is only for the design of the physical machine apparatus, "and does not claim the invention of any of the internal chemistry upon which the machine operates."

Dr. Duck told The Globe he agrees with Mr. Bender's claims that Dr. Ogilvie has taken too much credit for the invention over the years. He said while Dr. Ogilvie provided some of the early chemistry that was used in the gene machine, "it had absolutely nothing to do with the machine itself." The machine runs various types of chemistry, not just the type that Dr. Ogilvie developed, Mr. Bender said.

"In the past [Dr. Ogilvie] has taken full credit for inventing the gene machine, as he calls it. And I think that's been responsible for a lot of his positioning today," Dr. Duck said.

"It was very much inflation."

Gabriel Alvarado, who worked as a director for Bio Logicals, said he is "stunned" that Dr. Ogilvie continues to receive credit for the machine. Dr. Alvarado is listed as the first author of a 1981 paper on the process published in Science magazine, a peer-reviewed journal, which also lists Dr. Duck, Mr. Bender and Dr. Ogilvie and others, as authors.

"[Dr. Ogilvie] was taking credit for something that he never did and he didn't have any clue," Dr. Alvarado told The Globe. "As far as I am concerned he never contributed anything to the process itself."

Others in the chemistry world say Dr. Ogilvie's scientific accomplishments are established and well-known.

Christopher Boddy, professor and director of the biochemistry program at the University of Ottawa, said Dr. Ogilvie played a "major role" in the development of oligonucleotide solid phase synthesis – the chemical method behind the gene machine and its ability to synthesize DNA.

"There is no doubt that Ogilvie's role in DNA synthesis and the Gene Machine was major and essential. There is also no doubt that many others also played key roles," Mr. Boddy said in an e-mail.

"Scientific discoveries are messy. There is often not a clear inventor."

With a report from Stephanie Chambers in Toronto 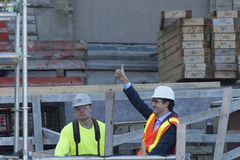 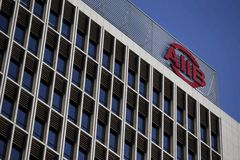