Canadian companies have added tens of billions of dollars to their stockpiles of cash at a time when tax cuts are supposed to be encouraging them to plow more money into their businesses.

Corporate tax cuts are becoming a major issue in the federal election campaign. The Conservatives, arguing that they are the best custodians of an economy that remains fragile after the recession, say tax cuts are crucial to stimulate job creation and make Canada more competitive on the global stage.

But an analysis of Statistics Canada figures by The Globe and Mail reveals that the rate of investment in machinery and equipment has declined in lockstep with falling corporate tax rates over the past decade. At the same time, the analysis shows, businesses have added $83-billion to their cash reserves since the onset of the recession in 2008.

The issue has emerged as highly divisive, with the Liberals questioning the effectiveness of the no-strings-attached tax cuts as a job creation tool. They are pledging to roll corporate taxes back to 2010 levels to free up billions of dollars for spending on family-focused social programs, including day care and tuition.

Jim Flaherty, the Harper government's Finance Minister, acknowledged in a telephone interview that corporate tax cuts are a tough sell when companies are still hoarding cash. But over the long term, he said, his "comfort zone" comes from the fact that business leaders and economists have widely endorsed tax cuts as a job creation tool.

"Most importantly," he said, "it's a confidence builder in Canada, and it's a way of branding Canada."

Opposing corporate tax cuts is a relatively new position for the Liberals, who dropped the rate while in office in 2000. Liberal Leader Michael Ignatieff's policy also leaves his party at odds with their provincial cousins in Ontario.

But in an interview on Tuesday, Finance Minister Dwight Duncan said he supports Mr. Ignatieff's policy even though he himself is under siege by opposition members for presiding over corporate tax cuts.

"The feds could have actually taken their foot off the gas pedal in terms of corporate tax cuts because of what we've done," Mr. Duncan said.

Both the Tories and the Liberals are wading into a debate that has sharply divided economists. Business groups and conservative think tanks advocate lower taxes as a way to create jobs. Labour economists counter that lower taxes benefit only corporations and do little for the broader economy.

But the reality is there are no easy answers when it comes to measuring the impact tax rates have on job creation. Economic growth in Canada can be attributed to a lot more than just corporate tax rates. Such things as commodity prices and the value of the Canadian dollar also play a role.

The issue boils down to this: At a time when Ottawa and many provinces are awash in deficit, should governments invest scarce resources in making life more affordable for families by enhancing social programs or in giving corporations additional tax cuts?

Successive federal governments have chosen the latter path in recent years in a bid to make Canada more competitive and attractive to international investors. In 2000, the combined federal-provincial tax rate was just over 42 per cent, ranking Canada near the top among industrialized nations. The combined rate has since fallen to 28 per cent, placing the country in the middle of the pack, and Conservative Leader Stephen Harper's goal is to reduce it to 25 per cent by fiscal 2013.

Businesses were widely expected to use the extra money from successive rounds of tax cuts to build factories and offices and buy new machinery and equipment. At one time, they did just that. From 1960 until the early 1990s, corporations invested almost every penny of their after-tax cash flow back into the business.

But the tax cuts appear to have reversed decades of tradition. Investment in equipment and machinery has fallen to 5.5 per cent in 2010 as a share of Canada's total economic output from 6.8 per cent in 2005 and 7.7 per cent in 2000, The Globe analysis shows.

The McGuinty government doled out $4-billion in tax breaks over three years to businesses in its 2009 budget as part of a package of reforms to help kick start an economy hit hard by the global economic recession.

Ontario represents just under 40 per cent of the national economy, so its cuts went a long way toward lowering the overall Canadian rate, Mr. Duncan said.

New Democrat Leader Andrea Horwath says the Ontario government should make things more affordable for families instead of handing tax breaks to corporations. "The focus … should be on making life easier for families, not harder," she said. 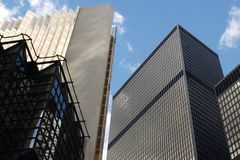 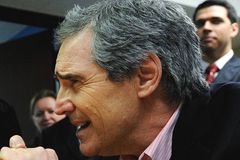 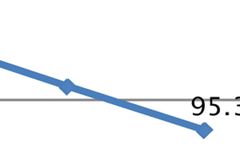 Opinion
The Liberal platform is prudent and pragmatic
April 4, 2011 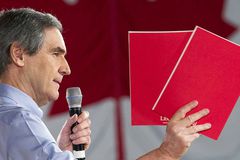 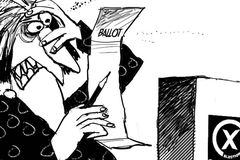 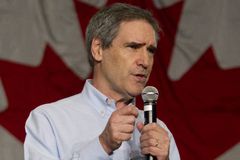 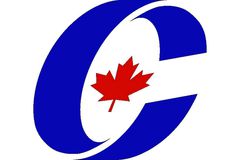