Dalton McGuinty's decision to suspend all business at the Ontario legislature has created divisions within Liberal Party ranks, with some MPPs growing uneasy and one potential leadership candidate openly criticizing the move as a way to avoid scrutiny.

While most Liberal MPPs support prorogation, saying Queen's Park had become unworkable, several are on the defensive with constituents and feeling frustrated they cannot pursue their private members' bills.

Still others are upset that they defended the government for weeks, telling opposition members after the first batch of documents that everything had been released.

"I think people should be certainly questioning why this is in place and I still don't have any understanding as to why this is necessary," said Mr. Kennedy, a former minister of Education who ran against Mr. McGuinty for the provincial leadership in 1996. "If the general idea is that we won't see the legislature even though we have a government in place until the leadership, I think that doesn't make sense to me. I can't reconcile that. ... Right now, I don't understand it at all, the rationale for why this is being done."

Mr. Kennedy said he is considering running for the leadership and he cited his strong opposition to Prime Minister Stephen Harper's decision to prorogue parliament in 2009 when his minority government faced controversies. Mr. Kennedy was a federal Member of Parliament at the time and organized hearings against proroguing. "In general, prorogation should not be used except to organize [government] business. It should not be a way to avoid legislative scrutiny," he said on Thursday.

Few other Liberals have come out so strongly, but many have expressed concern and unease. Municipal Affairs Minister Kathleen Wynne said this week that "there's a discomfort" in having the legislature shut. "Nobody wanted to do that."

"I thought we might see out the term, but are we happy with the situation? No, absolutely not," Oakville MPP Kevin Flynn said. He added that while he supported prorogation, "I wish I was working with colleagues from all parties that were serious about getting legislation through."

Liberal backbencher Michael Coteau said prorogation was not his first choice, but he will make the best of it by spending more time in his riding of Don Valley East. Of the 10 constituents who have contacted him, he said, about half are upset that the legislature was prorogued. "They were upset when Prime Minister Stephen Harper did it, and they say it shouldn't be done provincially," he said.

He was also among the Liberal MPPs who defended Energy Mininster Chris Bentley, telling the legislature on Oct. 1 that the opposition had "created a myth that the Minister of Energy attempted to conceal or hide documents from the legislature" concerning the cancelled power plants. Less than two weeks later, the government released the 20,000 extra pages. On Thursday, Mr. Coteau said he had been under the impression all the documents had been produced. "In retrospect, I would have been a lot more comfortable if all the information was out."

Soo Wong, a rookie Liberal backbencher, said she is fielding calls from constituents in her riding of Scarborough-Agincourt who are questioning whether she is actually doing her job now that the legislature is not in session. "I think that there's a perception that the members are doing nothing," Ms. Wong said. "I'm not going to Florida."

Even though the legislature was not functioning well under a minority government, Ms. Wong said, she would rather be in the chamber, attending the daily Question Period.

Along with virtually every other Liberal MPP, Ms. Wong learned for the first time that the legislature was being prorogued when Mr. McGuinty made the announcement at an emergency caucus meeting on Monday evening. "I have to explain [to constituents] that it's not Soo Wong's decision. It's the leader's decision," she said.

Donna Cansfield, a backbencher who has held several cabinet posts during her nine years as an MPP, said she is of two minds about prorogation. The legislature was not productive, she said, noting that it took 110 hours of debate just to pass legislation giving seniors a home renovation tax credit. On a personal level, however, she is disappointed that her private member's bill dealing with Alzheimer's disease has been stopped in its tracks. It had all-party support and was about to go to clause-by-clause debate.

Many Liberal MPPs are solidly behind the decision to prorogue, including two other potential leadership candidates: Health Minister Deb Matthews and Brad Duguid, Minister of Economic Development and Innovation. Finance Minister Dwight Duncan was not available to comment on his stand on prorogation.

Prorogation was "absolutely the right thing to do," Ms. Matthews said. "What happens in the legislature is vitally important, but it's a small part of the work that we do in government."

"It is time to renew and I think the people of Ontario are eager [for that]," Mr. Duguid said.

Several backbenchers echoed those comments, with some saying it was not an issue in their ridings.

"To tell you the truth, I haven't heard anything so far. Nothing," Mississauga-Brampton South MPP Amrit Mangat said on Thursday after attending two events in her riding. Ms. Mangat said the opposition parties forced the government into prorogation by being so disruptive. "We had no choice." 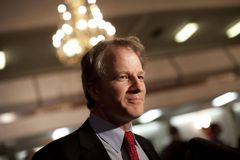 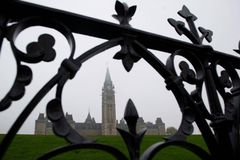 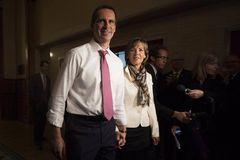 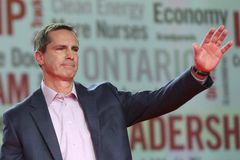 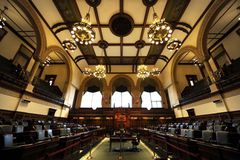 Follow Paul Waldie and Karen Howlett on Twitter @PwaldieGLOBE @kahowlett
Report an error Editorial code of conduct
Due to technical reasons, we have temporarily removed commenting from our articles. We hope to have this fixed soon. Thank you for your patience. If you are looking to give feedback on our new site, please send it along to feedback@globeandmail.com. If you want to write a letter to the editor, please forward to letters@globeandmail.com.
Comments