Finance Minister Jim Flaherty says Germany didn't cut any cheques for the United States during its 2008 banking crisis, so it shouldn't "pass the plate" now for outside help.

Speaking in Quebec City, the minister responded to comments from Germany's ambassador in Ottawa, who told The Globe and Mail this week that his country is irritated by Canada's refusal to pledge new money for a global bailout fund.

When G20 leaders meet in Los Cabos, Mexico, on June 18, they are expected to confirm individual new commitments to the International Monetary Fund that will total more than $430-billion and bring the amount available to more than $1-trillion. The pledges would allow the IMF to borrow the money from individual countries with interest to help financially troubled states.

Canada and the United States are the only G20 nations publicly refusing to make new contributions, an issue that has become politically charged within the G20 and on the floor of the House of Commons.

"I lived through the American banking crisis. The European countries, including Germany, did not support the United States financially when it had its crisis in 2008," Mr. Flaherty said on Friday. "What we've been encouraging the euro zone countries to do is to deal with this issue of a firewall and recapitalizing their banks themselves. These are not poor countries. ... So I would respectfully suggest that they first step up to the plate themselves before they pass the plate to others. And this view – I can tell you because I've been at the meetings – is shared by a significant number of non-European countries."

The debate over international rescue funds moved into the domestic political sphere on Wednesday, when NDP leader Thomas Mulcair criticized the Finance Minister for opposing G20 contributions to the IMF.

The next day, Conservative MPs were reading prepared attacks in the House of Commons, insisting Ottawa will not send taxpayers' money "to bail out sumptuous euro welfare-state countries."

The Conservative tactics left little doubt that the governing party sees an opportunity to corner Mr. Mulcair into what the Tories believe is a highly unpopular position with Canadians.

Mr. Mulcair was not in Ottawa on Friday, but his deputy finance critic, Guy Caron, said further Canadian contributions to the IMF should not be ruled out.

"We'll watch the discussions, see what the needs are, look at the solutions that will be put forward by the European countries," he said in French. "And in that sense, Canada should contribute as a member of the international community and as a member that is not isolated from economic reality."

"I think all of that is ridiculous," he said. "I think that this is a question of putting massive funds into the scene. If the funds are massive enough, that will calm the markets and perhaps none of it will be required, but I think that we have to backstop, have a global response to what is clearly a global crisis and I think the Conservative ideology about excessive social programs is misplaced at a time of potential global crisis."

"I don't know if that kind of pressure is really going to work," he said, in reference to the comments from the German ambassador. Mr. Lascelles said it is also important to put any Canadian contribution into proper context.

"As much as we in Canada care about this and it's an intriguing little piece of the puzzle, that doesn't materially change the prospects for Europe," he said. "Whether or not Canada throws a few billion into the kitty is not going to change the survivability of Europe or not."

With a report from Rhéal Séguin in Quebec 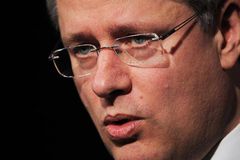 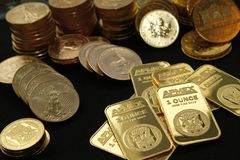 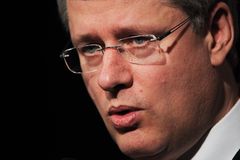 Opinion
Germany must lead to solve euro zone crisis
May 1, 2018 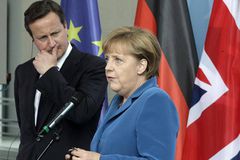 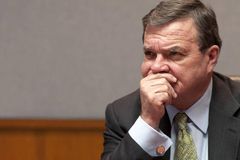 Flaherty not ruling out possibility of more economic stimulus
April 30, 2018 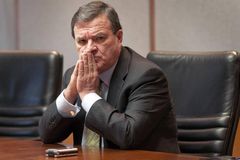