Faced with continuing criticisms that foreigners are taking jobs away from Canadians, the Conservative government is rushing to make reforms to the Temporary Foreign Worker Program, with officials working to include changes in the upcoming budget bill.

However the government's new-found sense of urgency – which was clearly expressed last week by Prime Minister Stephen Harper – is making employer groups nervous.

"Given the negative press and the comments of the Prime Minister and others, we are worried about a potential pull back on the Temporary Foreign Worker Program, which is incredibly vital and has been a godsend for many small companies, particularly in Western Canada," said Dan Kelly, president of the Canadian Federation of Independent Business.

An overhaul of the foreign-worker program was signalled long before the March budget and a process was launched that likely would have led to changes by the fall of 2013. But officials say efforts are under way this week to speed up some of the changes so that they can soon be tabled in the House of Commons.

The pledge to change Ottawa's approach to foreign workers marks a departure for the Conservative government, which has allowed the number of temporary workers in Canada to more than double since 2006 – to an estimated 338,189 people last year. Mr. Harper specifically cited the growth of the program as a cause for concern in his comments last week.

The 2013 budget promised that in "the coming months" Ottawa would introduce several changes to the foreign worker program. The budget said the changes would include measures to increase the length and reach of domestic advertising for open positions before employers can turn to the program. Ottawa also wants to impose fees on employers who use the program.

Finally the government intends to amend the Immigration and Refugee Protection Regulations to restrict the use of non-official languages as job requirements while using the program.

Business groups say the government's sudden rush seems at odds with the tone of consultations that kicked off just ahead of the March budget, on Feb. 27, in Ottawa. It was on that day that Immigration Minister Jason Kenney and Human Resources Minister Diane Finley met jointly with leaders of Canada's major employer and labour groups.

Some of those who attended the meeting said it was not clear what Ottawa had in mind and there was little sense then that changes were imminent. However, controversy this month led Ms. Finley to order an examination as to how the Royal Bank of Canada's supplier, iGate Corp., successfully applied to the Temporary Foreign Worker Program as part of its outsourcing work for the bank.

To compound matters for government, new data released Tuesday by Statistics Canada also raises questions about the severity of the country's skills and labour shortages. In January, there were 200,000 job vacancies, a decrease of 22,000 from January, 2012. Statistics Canada reported there were 6.5 unemployed people for every job vacancy, compared with 6.1 one year earlier.

Nationally, the job vacancy rate dropped to 1.4 per cent in January, 2013, down from 1.6 per cent 12 months earlier. Broken down by sector, Statistics Canada said the vacancy rate in mining and oil and gas extraction is above average at 2 per cent. It also reports the vacancy rate in manufacturing at 1 per cent. The Canadian Manufacturers and Exporters are strong supporters of the foreign worker program. The CME questioned the data, but noted that even a 1-per-cent vacancy rate represents a lot of jobs given that the sector employs about 1.8 million Canadians.

Debate over temporary foreign workers is now front and centre on Parliament Hill, where the NDP and Liberals accuse the government daily of mismanaging the program.

NDP Leader Thomas Mulcair questioned how a 2012 change to the program meant to speed up the arrival of highly skilled workers was used to fill positions at gas stations, convenience stores and fast-food restaurants including Tim Hortons, McDonald's, Subway and A&W.

"The only job plan the Conservatives have is to bring in more temporary foreign workers," he said. "That is the problem."

That type of rhetoric frustrates the restaurant industry, which insists foreign workers listed as highly skilled are brought in to be managers or assistant managers.

"I think it's insulting," said Joyce Reynolds, executive vice-president of the Canadian Restaurant and Foodservices Association, in response to concerns over jobs in the fast-food industry that were first raised last week by the Alberta Federation of Labour.

"A typical restaurant may operate seven days a week and some 24 hours a day so there are a lot of people that have to be scheduled and managed and you have to be trained and you have be skilled in order to manage that," she said.

Business groups including Ms. Reynold's association are concerned by the reference in the budget that proposes to impose user fees on employers who use the program. Business groups say the program is already costly, given that employers must cover a worker's flight and other expenses.

If you have used the Temporary Foreign Worker Program as an employer or worker, we'd like to speak with you for our upcoming coverage. Send your story to community@globeandmail.com. 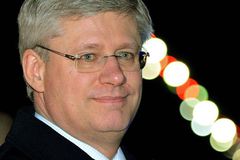 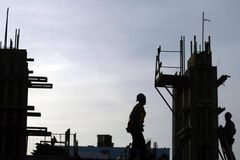 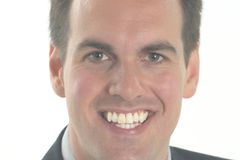