Growing anxiety about weapons sales to Saudi Arabia is prompting the European Parliament to consider urging a ban on arms exports to the Mideast country.

European Union lawmakers are gearing up for a vote Feb. 25 on whether to call for an embargo on weapons sales to Saudi Arabia, a country with an abysmal human-rights record that faces fresh accusations of indiscriminately bombing civilians in Yemen.

International concern is mounting about supplying arms to the Saudis as the Canadian government waits for production to begin of weaponized armoured vehicles that Ottawa is selling to Riyadh in a $15-billion transaction – the biggest manufacturing export deal ever struck in Canada.

The passage of the resolution in the European Parliament would not be binding but would be a moral censure of trade with Saudi Arabia and put further pressure on the Trudeau government to reconsider Canada's role in equipping the Saudi military.

In London, the British Commons international development committee has already asked David Cameron's government to suspend arms sales to Riyadh and mount an inquiry into the unrest in Yemen, where the Saudis are fighting Houthi forces aligned with Iran. Germany recently signalled Berlin's increasing unease over arms deals with Riyadh, saying the government needs to review shipments. In Belgium, the Flemish government announced it has refused an application for an export licence to ship weapons to Saudi Arabia and hinted it would continue to do so in the future.

The resolution EU legislators are set to vote on reproaches the U.K., Spain, France and Germany for supplying arms to Riyadh as the civilian death toll mounts in Yemen. A UN panel has accused a Saudi-led coalition of Arab states of major human-rights violations in Yemen including killing more than 2,600 civilians in air strikes.

The resolution "strongly criticizes the intensive arms trade of EU member states with various countries in the region … [and] calls for an immediate suspension of arms transfers and military support to Saudi Arabia and to its coalition partners."

A proposed amendment, which will also be voted on, urges the imposition of a EU-wide embargo on arms sales to Riyadh.

By comparison, the Trudeau government has rejected cancelling the deal to build the Saudis combat vehicles, which will feature machine guns or anti-tank cannon turrets, and has only said it will closely scrutinize future arms sales. During the 2015 election campaign, Justin Trudeau called the fighting vehicles being produced for the Saudis "jeeps."Amir Attaran, a University of Ottawa law professor, said Canada risks appearing a laggard on Saudi Arabia compared to some allies. "Canada is unacceptably behind the curve in dealing with the human-rights violation of the Saudis."

Canada's export controls place restrictions on arms sales to countries with a "persistent record of serious violations of the human rights of their citizens." Shipments are not supposed to proceed if there is a reasonable risk the goods might be used against civilians.

The Trudeau government refuses to explain how the Saudi deal is justified under these rules.

Ottawa has an ongoing responsibility on the Saudi transaction and will be required to repeatedly issue export permits for these armoured vehicles; Prof. Attaran said the Liberals are missing an opportunity to explain to Canadians how they will handle applications for these permits. 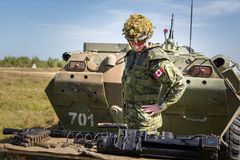 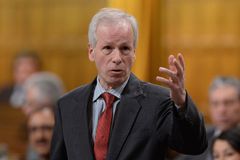 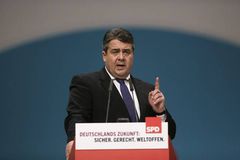