Immigration Minister Ahmed Hussen says Canada cannot currently resettle any of the half-million Rohingya Muslims who have fled to Bangladesh over the past month because the country won't issue the Muslim minority exit permits.

Although the Liberal government has no immediate plans to establish a special resettlement program for the Rohingya, Mr. Hussen said Canada would not even be able to do so if it did. The Bangladeshi government refuses to issue exit visas, which are required for refugee resettlement, to the more than 500,000 Rohingya who have fled what the Canadian government and the United Nations call "ethnic cleansing" in Myanmar.

"Some countries in the world have an exit permit or an exit visa. Depending on which country you go to, you can't leave the country without this authorization document from the country," Mr. Hussen said.

Read also: Nothing is more urgent than saving the Rohingya

As the minister noted, the exit-permit problem is not new for Rohingya in Bangladesh. He said Canadian officials struggled to convince the Bangladeshi government to issue exit visas for Rohingya refugees in 2006, when Canada became the first country to resettle members of the long-persecuted ethnic minority group.

"What Bangladesh was doing was they simply weren't allowing Rohingya refugees to be given exit permits … because they were trying to really stem the influx and they felt that if they gave exit permits to every resettled Rohingya refugee that that would encourage more of them to come," Mr. Hussen said.

"We don't agree with that."

From 2006 to 2010, Canada resettled more than 300 Rohingya who had been living in refugee camps in Bangladesh since the 1990s, when they fled persecution from the military junta in Myanmar. Mr. Hussen said Australia and the United Kingdom eventually followed in Canada's footsteps, convincing the Bangladeshi government to provide exit visas for select Rohingya refugees.

The Rohingya live in Myanmar's Rakhine State, where they have suffered from serious restrictions on their basic rights.

The most recent displacement has driven nearly half of the Rohingya population out of Rakhine to Bangladesh. The violence began at the end of August, after Rohingya insurgents attacked dozens of police posts and an army base in Rakhine. Myanmar's military responded by killing hundreds of people, triggering a massive exodus of Rohingya villagers.

Mr. Hussen said Canada's first priority is to respond to the urgent needs on the ground in Bangladesh and Myanmar. Canada has provided $9.18-million in humanitarian assistance to meet the needs of conflict-affected people, including the Rohingya, in the two countries this year.

The minister said that while it's too early to say what will happen to the displaced Rohingya, Canada will continue to work with the UN refugee agency on the possibility of resettlement in the future.

"We are always open to having that discussion and to evaluate whatever cases that they bring to us, including Rohingya," Mr. Hussen said.

In a letter to Ms. Suu Kyi last month, Mr. Trudeau said the responsibility for resolving the crisis falls "squarely upon" Ms. Suu Kyi and military commander-in-chief Min Aung Hlaing. Foreign Affairs Minister Chrystia Freeland also spoke by phone with Mr. Hlaing last weekend, emphasizing Canada's concern about the violence in Rakhine. Ms. Freeland was one of the first western politicians to speak with the commander-in-chief since the recent crisis began in August.

Canada and the United States are currently in talks about how they can intensify pressure on the country's powerful military. Ms. Suu Kyi does not have the authority to direct security matters, as the military retained significant power under Myanmar's 2008 constitution

On Wednesday, Mr. Hussen also announced a number of regulatory changes, set to take effect Oct. 11, that repeal many parts of the former Conservative government's citizenship legislation. The changes reduce the time that permanent residents must be physically present in Canada before qualifying for citizenship by a full year. Under the previous Conservative rules, permanent residents had to live in Canada for four out of the past six years in order to apply for citizenship. As of Oct. 11, applicants only have to be physically present in Canada for three out of five years before their application date.

The changes also allow citizenship applicants to count each day they were physically present in Canada before becoming a permanent resident as a half-day toward meeting the physical-presence requirement, for up to one year of credited time.

Newcomers have long been required to meet language requirements in English or French and pass a Canadian knowledge test in order to become a Canadian citizen. The changes tighten the age range for those requirements from 14 to 64, to 18 to 54. 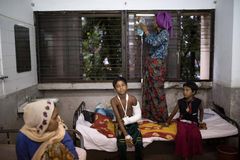 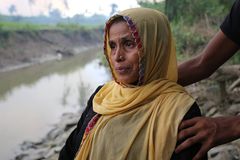 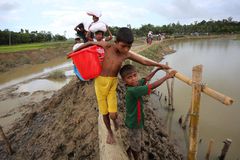