The Conservative government's overhaul of Canada's immigration system hits a milestone Jan. 1 with the launch of a new system for selecting economic immigrants.

The Express Entry program is a mostly-computerized process which uses a set of criteria to assign a ranking to those interested in immigrating to Canada under the skilled worker program, skilled trades program and Canadian Experience Class program.

Though the government has long used a points system to determine who gets to immigrate, the new program is different in that it automates the process — and it also gives a big points boost those who already have a job lined up.

People with the highest rankings will then be formally invited by the government to apply for the programs.

The long-term goal is for the system to be used as a match-making service of sorts, connecting Canadian employers with people who can fill open jobs for which no Canadians are qualified.

"It will revolutionize the way we attract skilled immigrants, and get them working here faster."

Here are five things to know about Express Entry:

The Conservatives have sought to retool the immigration system over the last eight years to focus more on economic immigrants.

Employers have complained it takes far too long to bring in people to fill vacant jobs, while those seeking to start a new life in Canada have also complained their files languished, sometimes for years.

In part, the government has said, that's because under the old system, applications were processed in the order they were received.

That created massive backlogs and in 2012, the government decided to wipe the slate clean, returning 280,000 applications and $130 million in fees associated with the federal skilled worker program in order to pave the way for a new method of selecting immigrants.

HOW WILL IT WORK NOW

Under the new system, the government will decide who can submit a formal application to immigrate.

As of Jan. 1, anyone with an interest in coming to Canada under an economic immigration program will have to create an online profile and register with the federal job bank, unless they already have a job offer or invitation from a provincial or territorial immigration program.

Periodically, the government will hold a draw from the available pool of profiles and invite people who meet a certain threshold to apply for permanent residency.

HOW TO GET AN INVITATION

Upon completing a profile, every applicant will be assigned a score via a computer program.

The Comprehensive Ranking System formula assigns a score of out 1,200 based on four elements: core factors such as age and education, spousal factors, skills transferability and whether or not a person already has a job offer or an invite from a provincial or territorial immigration program.

That final factor gets an applicant an additional 600 points, which automatically leads to an invitation to apply.

Beginning at the end of January and somewhere between 15 and 25 times a year, the government will hold draws to select candidates for permanent residency.

The timing and number of people selected will vary so the government can take into account factors such as fluctuations in the labour market or the number of actual profiles in the pool.

Over the course of 2015 the government is aiming to admit between 172,100 and 186,700 people in the economic class of immigrants, so draws will work towards that goal.

The government will publish the date and time of each draw, the number of candidates who will get an invitation and, if applicable, which specific immigration program will be included.

After each draw, the government will indicate how many invitations were issued and also the lowest-ranked score it accepted.

Those who receive an invitation will have 60 days to file a formal immigration application.

Until this point, all of the selection process will have been done by computer but now a real person takes over in order to review the documentation and screen the applicant.

The government says from the moment at which a complete application is received to a final decision being made will be six months or less in 80 per cent of cases.

Later in 2015, the government plans to tweak the system further, allowing employers access to the pool of applicants to proactively search for people who might be a good fit for open jobs, provided no Canadians can be found for the position. 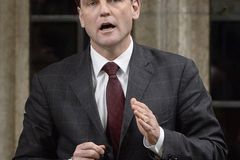