The funding, nearly $50-million in beautification and civic projects for the Tory minister's Parry Sound-Muskoka riding, was brought before Parliament in November, 2009. A draft report by Auditor-General Sheila Fraser says the Conservative government misled Parliament by making it part of a border infrastructure fund.

"About 90 per cent" of the 20-odd proposals that Lake of Bays put forward for the fund were sent to Mr. Clement's Huntsville office starting in May, 2009, said the township's chief administrative officer, Don Chevalier. That includes the three projects that were approved: A roofed heritage plaque, streetscape improvements and a bandshell with public washrooms.

While the application form asked townships to specify their proposal's relationship to the summit ("Will the project build upon the reputation of the G8 and the region?"), both recipient mayors and senior Conservative ministers have conceded that approval of many was intended more as a "thank you" to the region for hosting the international event.

The Tory minister rebuffed opposition accusations of pork barrelling in his riding last summer, responding that Parliament approved the funds. His office also pointed out at the time that Transport and Infrastructure Minister John Baird's office decided which projects would receive legacy funding.

Mr. Clement wouldn't comment on Tuesday; a spokesman for his campaign referred questions to Infrastructure Canada. A spokeswoman said the department was "not in a position to respond."

Ms. Fraser has said she won't release the report before the May 2 election. But leaked drafts threw a grenade into the federal election campaign this week as the leaders prepared for their debates.

For the town councils of Parry Sound-Muskoka, however, the G8 fund was a summit stimulus package: Mayors used the opportunity to get money for infrastructure projects on their city planning wish lists.

"It all enhances the appearance of our town centre. And makes it look much better. So, I mean, thank you," Parry Sound Mayor James McGarvey said in an interview with The Globe and Mail on Tuesday. The township received $1.3-million in downtown beautification and street lighting.

Whether the legacy fund was well spent, he said, is "up to other people to determine."

"We had it offered to us, and we put in all the applications, did everything that we were supposed to do."

The Town of Huntsville spent $4-million of its own money on roads and infrastructure for a University of Waterloo environmental research centre that was built with $9.8-million from the legacy fund. The youth summit that ran alongside the G8 leaders' meeting was held in the building. The town now hopes that the facility will attract other schools to locate similar programs in the area, which would support some local businesses.

"A knowledge-based economy is really one of the other major things we're after," said Huntsville Mayor Claude Doughty.

The University of Waterloo has yet to set up shop in the expansive, stone-buttressed building, completed 11 months ago. But by mid-May, the three-floor building is expected to house an ecology lab, a lab operated by the Northern Ontario School of Medicine, seminar and conference rooms, office space for community groups and accommodation for 45 people.

Huntsville's chief administrative officer Kelly Pender said the town has reached out to "two or three" other universities, but declined to name them.

Jeff Goldman's family owns a plot of land abutting the environmental research centre. For years, they've been meaning to develop it, but haven't, allowing approval for 160 townhouses to lapse because the timing didn't seem right. He's heard big things about plans for the site.

"I was told … what the Banff Centre for the arts is for the arts, this would be for environmental studies," he said. "If we knew there were, let's say, several research buildings going in, and they were going to employ X number of people, it might give us more of an impetus to start developing our property."

And while the developer can see the value of a Muskokan cash infusion to his business prospects, he's skeptical as to its efficacy.

"Fifty million's a lot to spend. Could it have been spent differently in some ways? Perhaps," he said. "In the end, what was gained from it? Not a huge amount." 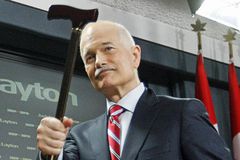 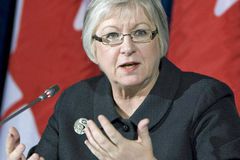 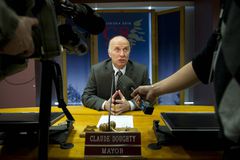 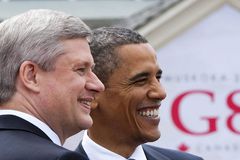 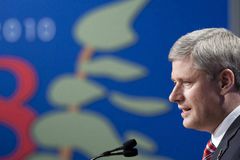