If you're looking for the reason that the Conservative government has been willing to battle and cajole provinces so long over its planned Canada Job Grant, take a look at the ads.

The federal government launched an ad campaign to promote the program when it announced it last year, at a cost, the CBC reported this week, of $2.5-million – even though grants don't yet exist.

It's been on hold because provinces rebelled – in large part because Ottawa proposed to pay its share out of money it currently transfers to the provinces, and then get the provinces to kick in more. Now, The Globe and Mail's Bill Curry reports, Ottawa is offering to let them partly off the hook.

But a look back at the copy from the ads the government ran gives a hint of why the Conservatives have been willing to keep up the struggle over the Canada Job Grant, at a time when jobs ranks as one of voters' chief concerns.

The pitch isn't really that it's a program to provide job training. It's that it will lead directly to a job. The program, the ads say, "will result in one thing: a new or better job."

Provincial governments have been delivering job-training programs for years, funded largely with federal dollars under labour agreements. The provinces argue they work pretty well, and even an internal federal government report from last March found a "strong and continued need" for them.

But the hitch is that the success is mixed. The various provincial programs give people various skills; some low-trained workers get literacy training, others get specific job skills, or even on-the-job training. And they have various results.

That internal federal review last year included a survey which found that 64 per cent of older workers who took part, for example, were employed afterward, and 40 per cent of people who had been on social assistance. That's from a sample, but it's hard to get solid provincial numbers about how many got jobs. So it's hard for governments to tell voters just how their tax dollars are leading to employment.

The Canada Job Grant, whatever one thinks of it, makes for better marketing. It's designed so that, by definition, everyone who takes part gets a job.

There is an incentive for employers, who, Employment Minister Jason Kenney has said, don't spend enough on job training, even though there are openings that are hard to fill because they can't find an applicant with qualifications.

But one problem raised by experts is that it will be hard to tell whether employers would have hired, and paid for training, to fill the posts anyway. All participants are supposed to get a job, but it won't be clear how many are incremental new jobs, and how much is taxpayers money spent on training that would have been done anyway.

In a sense, the Canada Job Grant targets the low-hanging fruit, to fill a specific opening with people who can be trained up quickly and relatively cheaply. There's value in trying to match skills to available jobs. But many provincial programs were aimed at people who had a harder time getting work. Mr. Kenney has argued that some, like literacy training, are supplements to provincial welfare programs.

For the provinces, there was an even bigger problem: the federal government proposed to pay its share by reducing the money it was transferring to the provinces, by $300-million a year – plus telling the provinces to pony up a similar sum for their share of the grants. They'd have to cut existing programs.

That will still raise objections – especially from Quebec, which has long insisted the federal government should not deliver job-training programs. Essentially, it will be a unilateral federal program. But the Conservative government is so keen on a marketable plan it has announced, and advertised, that it's unlikely to drop it now. 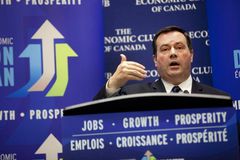 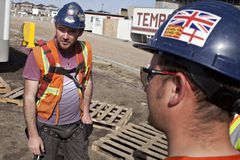 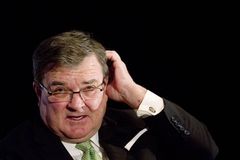 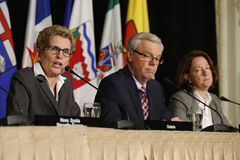