A poll this week showed 48 per cent of Canadians think the country is on the wrong track, and only 37 per cent think it is moving in the right direction. Stephen Harper would probably think: "Not bad."

His party has always thrived without fretting that it doesn't have a majority on its side. In Mr. Harper's time, the Conservatives have rarely exhibited enough support even to win a majority government – the critical exception being the brief surge in the 2011 election.

But for Mr. Harper, winning a minority government in 2015 probably isn't winning at all. This time, opposition parties would face a lot more pressure to oust him quickly.

This will be the year when a minority PM must become a majority man. Or else.

That's why his government is already on a spree of spending announcements, often on contested political turf, using a tried-and-true recipe for swaying swing seats.

Right now, Mr. Harper's Tories will feel pretty good. A year ago, the Senate scandal had them reeling. They'd dipped to 26-per-cent support. Some suggested Mr. Harper might not run again. Six months ago, his party trailed Justin Trudeau's Liberals by a wide margin.

Now, an aggregate of polls compiled by threehundredeight.com puts them at 32 per cent, four points behind the Liberals, effectively neck and neck to form a minority government.

That's in the traditional range. Under Mr. Harper, the Conservatives have only once or twice hit the 39- or 40-per-cent mark usually required for a majority. The last time was in 2011, when a surprise NDP surge fed a Liberal collapse – helping Mr. Harper's party win Ontario seats. Otherwise, Mr. Harper has always had minority-government support.

He managed to navigate two terms of minority government before, and get re-elected, despite a few scares. But that was when Mr. Harper's Conservatives were still relatively new to power. Most voters expected them to be given a chance. The opposition was weak, divided among three parties, and didn't seem to have an election issue to rally behind.

Now, whatever happens, after almost a decade in power, Mr. Harper will be the issue.

If he wins only a minority government, anti-Harper voters won't appreciate an opposition party that props him up in power. The NDP and Liberals know that if it comes to a repeat election, they'd still be fighting for the mantle of the party of change. The party that embodies that change will get most of the anti-Harper vote.

So Mr. Harper must aim for a majority or bust. But the opportunities are limited.

After a decade in power, voters have mostly made up their mind. Only 42 per cent of Canadians would consider voting for his Conservatives, according to a Nanos poll released last week. They are far behind in Atlantic Canada and Quebec, and far ahead in Alberta, so the battle is for a limited number of swing seats, mostly in Ontario.

It's too late for Mr. Harper to change stripes, but he is shifting them slightly.

His year-end interviews saw him play down oil pipelines to the West Coast, for example, and emphasize his government`s support for manufacturing in central Canada. That's partly because oil prices are falling, but also because of where the contested seats are.

He'll emphasize his status as a veteran PM on the world stage. Instead of playing hard to his Conservative base, he'll probably emphasize the fatherly manager.

And then there are the little politics. Last week, Mr. Harper was in Quebec City – the area that offers his best hopes for winning Quebec seats – announcing $35.7-million for historical projects. The week before, Ottawa announced $6.5-million for transit across the river in Lèvis.

There's already been a noticeable acceleration in that kind of announcement, for snowmobile trails or community centres or local public works, and we can expect more in 2015. It's an age-old tactic to try to squeeze out a few more seats – and Mr. Harper can't afford to fall short of majority this time.

Canadians not happy with Tories or direction of country, poll suggests
December 18, 2014 How Manning, Smith and Prentice are all testing the Conservative faith
December 19, 2014 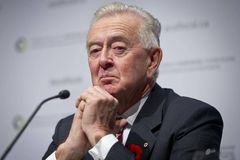 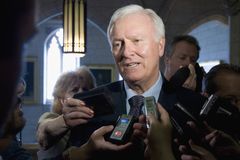 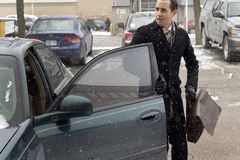 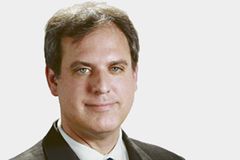