The federal government met with a record number of lobbyists and stakeholder groups last month, with lobbyists saying the activity was part of the Liberals' culture shift to a more open, decentralized government.

The federal lobbying commissioner confirmed that the 2,983 lobbying communications reported with the Liberal government in February was the highest on record. Groups met with the Liberals in advance of their first federal budget, which, unveiled last week, hiked projected program expenses by $20.5-billion this year and deepened the deficit to $29.4-billion. The budget plan is expected to draw even more engagement with industry and pressure groups as the government irons out the details of budget priorities and spending.

"It's a cultural shift, absolutely it is," said André Albinati, a consultant with Earnscliffe Strategy Group and president of lobbyist association the Government Relations Institute of Canada. One factor is that Prime Minister Justin Trudeau has instructed ministers to collaborate and consult, he added.

The 2,983 communications reported with government in February was the highest number since the Office of the Commissioner of Lobbying started keeping the records in July, 2008. The second-highest month of lobbying activity was 1,978 communication reports filed for the month of November, 2014, after Stephen Harper's government tabled an omnibus budget bill and Ottawa was returning to normal following the Oct. 22, 2014, shooting attack on Parliament Hill.

In both cases, the Canadian Federation of Students led monthly lobbying activity, reporting more than 100 communications with government for each of those months, according to the federal lobbyist registry's monthly activity reports. Last month, manufacturing group the Alliance of Manufacturers & Exporters Canada, Ford Motor Co., General Motors Co. and Telus Corp. were some of the most active organizations communicating with the federal government.

Joe Jordan, independent consultant with J.L. Jordan Group and a former Liberal MP, said there were fewer communications under Stephen Harper's government in part because of its centralized decision making.

"I've absolutely noticed a difference in terms of the attitude and tone and willingness to engage," Mr. Jordan said. "A lot of the Tory staff, if you talked to them privately, would tell you the reason they didn't engage was because they knew it was a waste of time. The decisions were made."

Lobbyists said they were expecting significant activity arising from the budget's plan to review tax measures and find about $3-billion in savings from cancelling boutique tax credits.

They also expect lobbying activity to increase on the government's new innovation agenda, as companies, non-profits and industry groups try to learn more detail about what programs or policy changes may be involved.

Additional lobbying activity is expected on the banking file amid a government plan to review financial-sector legislation and amend the Bank Act for changes to consumer protection. Lobby groups will also be looking for more detail on the Liberals' second, bigger phase of the infrastructure funding program, and engage government on investment in indigenous communities and green energy. Energy companies and environmental groups will also be deeply involved in an upcoming review of federal environmental-assessment processes.

"Regulatory reviews are what keep government-relations shops in business," said Michele Austin, a Conservative adviser and consultant with Summa Strategies. "They're never-ending, they're foggy. They're a pit of money for lawyers and public-affairs people."

The Canadian Federation of Independent Business, which was on the losing end of the Liberals' decision to renege on a promise for a small-business tax cut, will be again lobbying for the tax break. "We're already planning ways to get this back on the radar of this government and will be calling for its reinstatement in the months ahead," Dan Kelly, head of the group, said by e-mail.

Mr. Jordan said time will tell whether the Liberal government can uphold a more open and consultative approach to policy. "We'll see what time does to this model, because the longer you're in that position, the more you sort of adopt personal heuristics to try to figure out how to make your decisions a little quicker. You get a little bit more dismissive of criticism. It will be interesting to see if that spirit can be maintained," he said.

State dinner night: And after the party, it’s the hotel for lobbyists
March 11, 2016 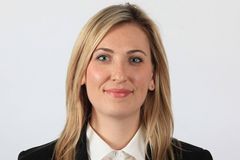 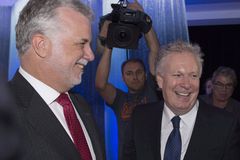 Ten politics stories that have nothing to do with the budget
March 21, 2016 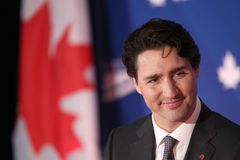