"Comparison is the death of joy," said author Mark Twain.

Yet, no matter how joyless it leaves us, we love to compare ourselves to others, to revel in our strengths and bemoan our weaknesses.

Nowhere is that more so than in health care.

And, each year, the Organisation for Economic Co-operation and Development provides the ultimate tool for painful self-reflection in the form of Health At A Glance.

The report provides a statistical analysis of 72 different measures of health system performance in 34 OECD countries.

This year, the Canadian Institute for Health Information pulled out all the Canadian data into one digestible package. What the analysis shows us is that, most of the time, Canada is a middle-of-the-pack performer. That's not too surprising; it's essentially Canada's meme.

But there is no consistent pattern. We do well in some areas, and poorly in others, and there's rarely an easy explanation for why.

What data provides, however, is an opportunity to set a benchmark – where things stand now – and then establish goals for improving.

Ideally, reports like this should encourage all health systems to pull up their socks in the areas where they are performing badly so that, ultimately, the gaps are closed.

The performance measures are grouped into four broad categories and fleshed out with specific examples.

Canadians feel good about themselves, with nine out of 10 rating their health as good, very good, or excellent. That gives them one of the highest perceived health status in the world.

On the reality side, things are a bit less rosy.

The infant mortality rate hasn't improved in Canada in a decade and rates are sky-high in the northern territories. The diabetes rate of 8.7 per cent of the population is among the highest in the Western world, with only the U.S. performing worse at 9.6 per cent.

On the positive side, Canada's stroke mortality rate is well below the OECD average of 43 per 100,000.

Canada performs better than average on a number of lifestyle issues like smoking (16 per cent daily smokers) alcohol consumption, and fruit and vegetable consumption.

But Canada has the second highest rate of adult obesity, 17.7 per cent, after only the U.S., 28.8 per cent. It does equally poorly with children, with 17 per cent of girls and 24 per cent of boys deemed overweight or obese. But Canadian children do get, on average, more physical activity than those in most OECD countries, which is not saying much given that more than half are sedentary for 23 hours a day or more.

There are many measures of access to care, including the cost of care, the speed of access, and equality in treatment. Canadians, however, tend to obsess about wait times above all.

About 41 per cent of Canadians who are referred to a specialists wait two months or more for an appointment, compared to 9 per cent of Americans and 7 per cent of Germans. At the same time, Canada has among the shortest waits in the OECD for surgery, specifically joint replacement and cataracts.

Where Canada rates poor is in equality to access, particularly for dental visits. Only 47 per cent of Canadians in the lowest-income group visited a dentist in the previous 12 months, compared to 79 per cent of those in the highest-income group. Despite medicare, Canadians also have one of the highest levels of out-of-pocket health costs, $667 per person on average.

There are large variations in the quality of care between countries, and it can be difficult to measure because standards vary too.

Canada performs well on avoidable admissions to hospital; for example, it has among the lowest rates hospitalization for asthma and diabetes patients in the world. It also has a low hospitalization rate overall – eight discharges per 100, compared to 15 per 100 average across the OECD.

This country also has the highest rate of breast cancer survival five years after diagnosis.

But Canada ranks worse that most of its counterparts when it comes to the patient experience. For example, 81 per cent of Canadians say they are satisfied with the physician consultations, below the 87 per cent OECD average.

It is also among the worst performers in one of the most worrisome performance measures, "foreign bodies left in after surgery." Canada also has among the highest rates of obstetric trauma – women who suffer lacerations and tears during childbirth.

Overall, these data provide a welcome reminder that there is immense value in international comparisons, if we have the wisdom and courage to learn from them.

There is, after all, much room for improvement, for Canada and its peers in the OECD, and sharing successes and failures can only make for better healthcare for all. 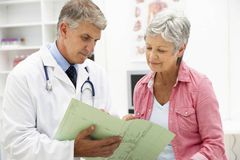 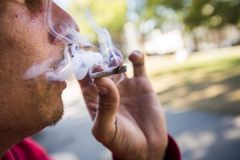