Who knew that the 102-year-old Calgary Stampede faced certain doom if foreign workers cannot be flown in to sport ten-gallon-hats at fast-food counters?

Yes, it's come to this. Restaurant and hotel owners have come to rely so heavily on the temporary foreign workers program that they're warning that whole slices of Canadiana will be washed away without it. They're warning the Stampede is at risk.

They're not getting much sympathy from ordinary Canadians, but there is a real problem: this program grew and grew into a system those industries relied on, then suddenly the government froze it cold – the food-service sector was banned from using it.

Employment Minister Jason Kenney has been promising that he'll unveil a new version of the program in weeks, but it's been over a month now. The stop-and-wait delay is making a bad program worse.

The temporary foreign workers program has become such a hot-button political controversy that the government hit pause, and stayed there.

It's not surprising the government isn't rushing. Canadians have come to dislike the whole program.

When Gerard Curran, the owner of Calgary's James Joyce Irish Pub, told to The Globe and Mail's Bill Curry that he's had to cut business hours because he can't bring in foreign workers, most readers didn't offer sympathetic comments. Some suggested he advertise more for workers and raise wages.

His warnings that tourism-season will be clobbered raised the image of resellers unable find a drink because there are no foreign guest workers to ply Guinness in cowboy hats.

Temporary foreign workers really shouldn't be part of any company's basic business model, especially if it's their strategy to fill jobs that don't require training. Governments should be expecting wages to rise, not stepping in to provide thousands of visas for low-paid workers.

But the government has watched that grow into a common practice over several years. Freezing it has just added unpredictability.

The moratorium won't kill Canada's economy. Most consumers will spend their dollars elsewhere in Canada if a restaurant with a labour shortage has a long wait. But the tourism industry does have some reason to worry that the sudden freeze just as their busy season starts will cause problems for some businesses, and perhaps hurt the sector.

Garth White, the president and CEO of Restaurants Canada, think most of the complaints about the use of the program in the restaurant sector are based on "myths." But whatever the government decided to do, it should have provided a transition program so the sector wasn't hit suddenly, he said. And the government should stop moving its deadline and announce its plans to reform the program, he said.

"Raise the ban and have a transition for us. Why are we in the penalty box, and no one else?""

The president of the Tourism Industry Association of Canada, David Goldstein, said most in the industry don't like the current program, but they do need the workers. There are some jobs it's just hard to fill with Canadian workers, he said.

"The inconvenient truth is that in a Richard Florida society, somebody still has to make him his latte," he said.

It's not clear that Canadians should make it a policy priority to keep the price of the latte low, by making it easy to recruit lower-paid workers from abroad.

But Mr. Goldstein argues that the tourism industry has particular problems finding workers for seasonal jobs like housecleaning, because people often won't move for that kind of seasonal work. The tourism industry is going to propose a special tourism-sector program, similar to the one for agricultural workers, designed to primarily to meet those seasonal labour needs, he said.

Those kinds of issues – seasonal labour shortages, or shortages of specific skills – are what a temporary workers program should be used for.

But the government allowed it to grow into an all-purpose labour strategy for lower-skilled workers, as the numbers ballooned. Then they reacted to political controversy by freezing it in the food sector – without transition measures.

Now it needs to press ahead with its plans to reform the system. Tighten the temporary foreign workers program for lower-skilled workers, and do it quickly, because it doesn't help to keep employers guessing. 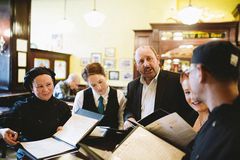 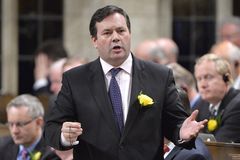 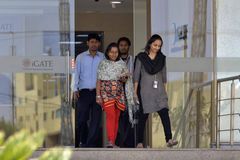 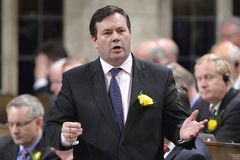