The Harper government is spending more public funds advertising measures that have not yet been legislated by Parliament.

Radio ads have already hit the air promoting the recently announced income-splitting plan for families with children and changes to the Universal Child Care Benefit.

The radio spots end with a brief caveat: the tax changes are "subject to parliamentary approval."

The Conservative majority in the House of Commons passed a ways and means motion this week adopting the tax-cut plan, but legislative approval won't come until next year.

"Of course there has to be subsequent legislation, presumably in the first Budget Implementation Act 2015, that will give it statutory ... the details around the tax code," senior minister Jason Kenney told reporters this week as the ways and means motion was about to go to a vote.

"But this will be the requisite legal authority to proceed with actually retooling the tax system to provide the cut."

Last year, Advertising Standards Canada ruled government ads promoting a Conservative employment grant program overseen by Kenney were "misleading" because they pushed a plan that was not yet negotiated with the provinces or approved by Parliament. Those ads also included the "subject to parliamentary approval" disclaimer.

After the ad industry watchdog received a number of complaints from the public about the $2.5-million Canada Jobs Grant campaign, the government promised not to repeat the ads.

Critics say they're back to their old tricks.

Dennis Howlett of the advocacy group Canadians for Tax Fairness says public funds should not be used to push an agenda that's still a matter of debate in Parliament.

"But when it's still a partisan political debate, then its not fair for the government to spend tax dollars. It undermines democracy."

"We know they do it all the time," he added. "The danger is that Canadians come to accept this."

Liberal MP David McGuinty called it "a complete abuse of taxpayers' money" and unprecedented prior to the rise to power of the Harper government.

"In plain language, which most Canadians understand, it's cheating."

An official with the Finance department would not say what the family tax ad campaign is costing the public purse.

"All advertising costs will be published in the annual report on advertising," David Barnabe said in an email.

The most recent annual report, covering the 2012-13 fiscal year, was not released until February of 2014.

The Harper government has been under scrutiny for years for spending tens of millions of dollars on feel-good "economic action plan" ads that deliver little useable information but promote the notion of a robust Canadian economy.

The government is currently running three major television campaigns in addition to the radio ads on the family tax cut plan.

After being hammered for closing veterans offices across Canada as part of its austerity measures, Veteran Affairs is spending $5-million touting how well it treats veterans.

There's a $5.5-million anti-drug campaign airing that was rejected by three national medical groups – the Canadian Medical Association, the College of Family Physicians of Canada and the Royal College of Physicians and Surgeons of Canada – because they said it had become "political football."

There's also $7.2-million for a campaign that promotes Canada's 150th anniversary in 2017 – ads that end with the tag line "Strong. Proud. Free."

McGuinty currently has a private members' bill in the legislative pipeline that would create an overseer of government advertising in the office of the auditor general, to ensure ads and websites are factual, informative and non-partisan. It's aimed at reining in the Conservatives.

"They have made it a complete necessity to have a check and balance in place in the form of an advertising commissioner at the auditor general's office," said McGuinty. "They cannot help themselves." 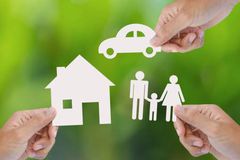 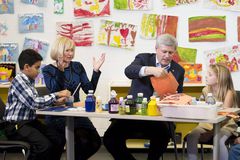 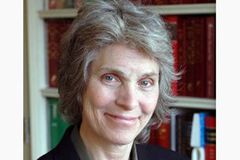