The Green Party of Canada has released its election platform and says it will push for a sustainable jobs plan, improved health care, a climate strategy and the repealing of a controversial anti-terror bill.

Party Leader Elizabeth May unveiled the platform during a news conference Wednesday in Vancouver. Ms. May, who is seeking re-election in Saanich-Gulf Islands, said her party is thinking big but has also presented a balanced-budget plan through adjustments to the tax regime.

The Greens are polling at about 6 per cent – well back of the three major parties – but Ms. May told a packed room of supporters and media her team has developed a platform that speaks to the needs of the 21st century.

"If you want new ideas, don't go to the old parties," she said.

The 44-page platform calls for the establishment of a "sustainable-generations fund" that would create jobs by investing in skills training, education and emerging technologies. To pay for the fund, the Green Party would raise the corporate tax rate to 19 per cent, up from the current rate of 15 per cent.

The party's jobs plan also includes a commitment of $6.4-billion a year for municipal infrastructure, which it says will create local employment.

The party says it wants to boost the health-care system by introducing a national pharmacare program. It also wants to cover dental costs for low-income youth and implement a national strategy for housing, and another for seniors.

The platform goes on to say the Greens would like to establish a climate and energy plan that prices carbon and eliminates all fossil-fuel subsidies to industry.

Max Cameron, a political science professor at the University of British Columbia, said in an interview that the Green Party's platform "paints a picture of Canada as part of Scandinavia." He said that's not necessarily a bad thing.

Prof. Cameron said the focus on sustainability, shift away from fossil fuels and strengthening of cities represents a vision more common in northern Europe. The platform also calls for the abolition of tuition fees for college, university and skills-training programs, pointing to the example of some European countries.

Prof. Cameron said the party's platform is not unexpected and its vision is "filling the void left by the NDP as it becomes an increasingly mainstream party."

However, he said the Green Party does face an uphill battle at the polls and could be hard-pressed to pick up more than a single seat.

"Many people will think about voting Green, but I'm guessing that when it comes to election night, many of those voters will be inclined to park their vote with whoever they think will be the most likely to bring an end to the Harper government," he said.

Ms. May, in response to a question from a reporter, said a coalition between the NDP and the Liberals could be "very healthy," but she would prefer not to join.

"We would like to sit in opposition in a responsible Parliament, which means our job is to hold government accountable," she said.

The Green Party platform also calls for greater protection for coastal waters from pipelines and tankers, and the repealing of anti-terror Bill C-51. The platform does not mention marijuana, though Ms. May said she would like to legalize and tax it.

Ms. May also weighed in on the global refugee crisis. The federal government has been criticized for lack of action on the matter, and Ms. May described Canada's refugee system as "a locked door and you need to find the secret code to get through." 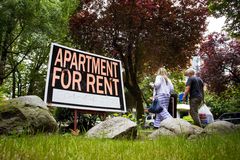 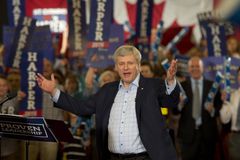