A new report by Canada's veterans watchdog says nearly half of the country's most severely disabled ex-soldiers are not receiving a government allowance intended to compensate them for their physical and mental wounds.

Veterans ombudsman Guy Parent also concluded that those who are receiving the permanent impairment allowance, along with a recently introduced supplement, are only awarded the lowest grade of the benefit.

The criteria used by federal bureaucrats to evaluate disability do not match the intent of the allowance, and the guidelines are too restrictive, the report said.

It doesn't make sense to set aside cash to deal with a problem and then not spend it, Parent said. "You can flood programs with money, but of you don't broaden the access, then you haven't accomplished anything."

It's a pattern with the current government, he said, noting how the Conservatives poured funding into the burial program for impoverished ex-soldiers in 2013, but took a year to ease the eligibility criteria so people could actually qualify.

"The evidence presented in the report clearly demonstrates that many severely impaired veterans are either not receiving these benefits or may be receiving them at a grade level that is too low," the ombudsman said.

"This is unfair and needs to be corrected."

Investigators could find no evidence that Veterans Affairs adjudicators consider the effect of an enduring injury on an individual's long-term employment and career prospects, he added.

In a statement, Veteran Affairs Minister Julian Fantino said the findings of the ombudsman's latest report will be considered as the government prepares its response to a Commons committee review, which has recommended a series of improvements to the legislation governing veterans benefits.

"I have asked officials at Veterans Affairs to ensure that they consider the recommendations found in the veterans ombudsman's PIA report as well as consult his office in the development of solutions to improve the New Veterans Charter," Fantino said.

In defending itself against criticism that veterans are being short-changed, the Harper government has been quick to point to the allowance and the supplement as a sign of its generosity.

Fantino told a House of Commons committee last spring that some permanently disabled soldiers receive more than $10,000 per month, but figures from his own department show that only four individuals in the entire country receive that much.

The department went a step further and released a chart at the end of July that shows the maximum benefits soldiers of different ranks could qualify for under existing legislation — a "misleading" display that could raise "false expectations" among veterans, Parent said.

The latest report also noted that when a veteran dies, the spouse automatically loses the allowance, creating financial hardship for the family. Under the old Pension Act system, the widow or widower continued to receive support.

The permanent impairment allowance is a taxable benefit awarded to disabled soldiers in three grade levels as compensation for lost future earnings. The Harper government introduced a supplement to the allowance in 2011.

In some respects, that supplement contributed to a dramatic increase in the number of applications.

According to figures released by Veterans Affairs in June, some 521 ex-soldiers are deemed to be the most critically injured, but the vast majority of them — 92 per cent — receive the lowest grade of allowance support.

The ombudsman's report estimates Canada has a total of 1,911 severely wounded soldiers, 924 of whom receive no allowance at all.

"It's a shame," Cundell said. "The (office of the veterans ombudsman) reports are proving what the veteran community has known for a long time. Veterans Affairs is not treating veterans fairly." 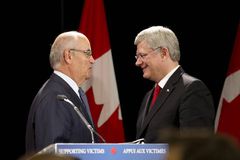 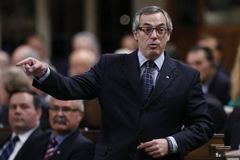 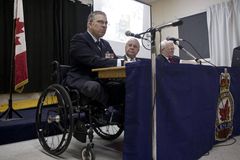 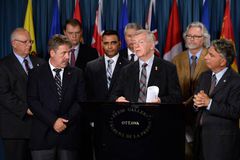 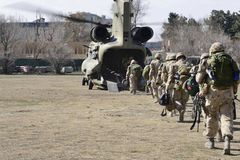 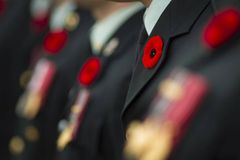