The divisive Fair Elections Act has resumed its fast-track passage through Parliament, after the federal government submitted 45 changes in a bid to quell opposition to the bill.

The amendments were submitted to the committee and obtained by The Globe as MPs returned Monday from a two-week break, and are among roughly 275 presented by MPs of all parties. They all must be considered and voted on by Thursday evening – a short window that all but guarantees only cursory consideration of many changes.

The government's 45 proposed amendments include backing down on both the elimination of vouching and a proposed campaign-finance change that critics said would have opened loophole. They also include elements that raise new questions – strengthening a new limit on the Chief Electoral Officer's term, by saying no CEO can be reappointed after a 10-year term, and making no mention of a previous promise to back down on expanding partisan appointments of poll workers.

The opposition and critics, who have nearly unanimously panned the bill, warn the Fair Elections Act still has major problems, despite the amendments. "I'd say it's significantly improved in about one-third of the problematic areas, but there's two-thirds of very problematic areas it doesn't touch," NDP critic Craig Scott said.

The bill nonetheless appears set to pass. After the committee finishes Thursday, the bill will be sent back to the House and then the Senate, where a committee already studied the bill and made nine recommendations. The government didn't take all of them, but the Senate Tories nonetheless appear satisfied. "I see no reason why the bill will not be adopted by the Senate once it is amended by the House," Tory Senator and committee member Linda Frum said in an e-mail.

The 45 amendments include a compromise on the Tory plan to do away with vouching, whereby a voter without enough ID could still cast a ballot if another swore to his or her identity. The new model will essentially allow people who can prove their ID, but not their address, to cast a ballot so long as they and a valid voter they know both sign an oath to the first voter's address.

Mr. Scott warns the change could still freeze out certain voters, such as the homeless, who can't prove an address or find an elector who meets the criteria to sign an oath.

The Conservatives' amendments also delete entirely a provision that would have exempted certain fundraising calls – those to donors who had given at least $20 to a party over the past five years – from election campaign expenses. The bill also extends the amount of time robocall firms need to keep certain records, from one year to three. The Senate Conservatives had suggested both moves.

"These are improvements and we are proud of the bill," Democratic Reform Minister Pierre Poilievre said.

However, the amendments are silent on a range of contentious parts of the bill. For instance, elections investigators still won't be able to ask a court to compel testimony when looking into elections fraud, a power they've long sought, and the bill will still substantially restrict what campaigns the Chief Electoral Officer can run to boost voter turnout.

The Conservative government had earlier said it would back off a proposal to expand political parties' powers to appoint election-day poll workers. However, the amendments are silent on that – the government will have to vote down the clause of the bill entirely if it wants to abandon its poll supervisor proposal.

Mr. Scott, the NDP critic, said the mounting pushback on the bill was a victory for the opposition, though the bill is still flawed. "At some level, the system worked, but it worked only because we threw everything imaginable at them." 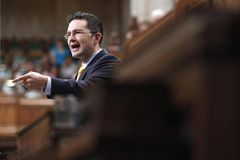 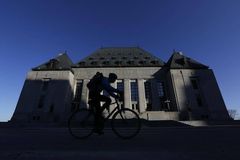 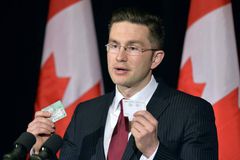