Opposition parties have agreed they will find the Harper government in contempt of Parliament and have begun efforts to put the matter to a vote in the Commons - a move that would set the stage for an election call as early as next week.

The Liberals, NDP and Bloc Québécois confirmed Thursday they have made up their minds and will work via a committee they control to produce a report for the Commons saying the government's failure to divulge sufficient cost details about its crime bills "constitutes a contempt of Parliament."

The Conservatives are attempting to slow the effort, however, and Tory MPs stalled opposition attempts Thursday to begin writing a draft report at the Commons procedure and House affairs committee that would recommend the Commons cite the government for contempt.

It's not clear which day the opposition will be able to deliver the report to Parliament, where they outnumber the Tories, but once they do it clears the path for a vote that officially censures the Harper government. If this happens this will be the first time in Canadian history a government's been found in contempt of Parliament.

The battle over whether the Tories are stonewalling on the costs of their justice legislation has morphed into a broader debate over Prime Minister Stephen Harper's secretive and controlling approach to running government. Last week, Commons Speaker Peter Milliken issued a historic rebuke to the Conservatives for flouting the will and rights of Parliament by refusing to provide sufficient details of its agenda to the Commons.

On Wednesday, the Conservatives grudgingly released a 4.5-centimetre-thick stack of documents that backed up their assertion 18 crime bills will cost $631-million - on top of earlier estimates that expanding prisons will cost taxpayers $2.1-billion over half a decade.

This failed to placate their rivals. The opposition say they still believe the Tories are continuing to low-ball the figures and hide information.

Parliamentary budget watchdog Kevin Page buttressed the opposition's case Thursday by releasing a report that says the Tories have failed to release more than 55 per cent of the information requested by opposition parties on the tough-on-crime laws.

"There remain significant gaps between the information requested by parliamentarians and the documentation that was provided by the [government] which will limit the ability of parliamentarians to fulfill their fiduciary obligations," the Parliamentary Budget Office said.

Hearings resume Friday to consider separate contempt charges against International Co-operation Minister Bev Oda for allegedly misleading the Commons. Opposition parties will try to move a motion to draw up their draft report recommending the government be found in contempt.

The Liberals, NDP and Bloc will have a tactical decision to make next week if all parties are bent on an election. It's possible a confidence vote on the budget could come before the opposition has a chance to vote Tories in contempt of Parliament. They will have to decide whether to defeat the Tories on the budget or hold their fire until they can vote the Conservatives in contempt, an judgment they may want to officially render before heading to the polls.

Separately, a U.S. government watchdog estimated this week the average procurement cost of the F-35 fighter has climbed to $133-million a plane - 80 per cent more than what the Harper government is predicting and in line with what Mr. Page's office recently forecast.

The cost of buying 65 stealth fighter jets - and the Harper government's decision to purchase them without a competitive bidding process - will be a major political football in an election.

The U.S. Government Accountability Office - similar to Ottawa's Auditor-General - issued a statement this week that warned: "Affordability for the U.S. and partners is challenged by a near doubling in average unit prices since program start and higher estimated life-cycle costs."

The Canadian Department of Defence, however, stands by its much lower estimates of $70-million to $75-million a plane, saying the U.S. figures include costs that Canada is not paying.

The Defence Department also questions Mr. Page's predictions that buying 65 F-35s would cost $29.3-billion over 30 years, including maintenance. The Forces say a 20-year life cycle for the fighters is more realistic and the total bill would be about $15-billion. 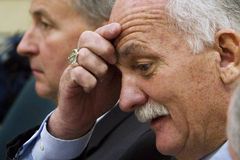 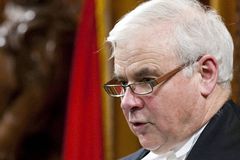 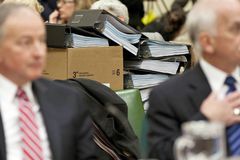 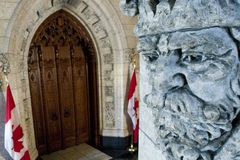 Tory document dump shows chutzpah
March 17, 2011
Pot meets Liberal kettle at contempt hearings
March 17, 2011
Follow Steven Chase on Twitter @stevenchase
Report an error Editorial code of conduct
Due to technical reasons, we have temporarily removed commenting from our articles. We hope to have this fixed soon. Thank you for your patience. If you are looking to give feedback on our new site, please send it along to feedback@globeandmail.com. If you want to write a letter to the editor, please forward to letters@globeandmail.com.
Comments