At Anthony Morgan's law office, the calls keep coming: parents of young black men hoping their son's marijuana possession charge will be wiped clean when the country legalizes the drug this year.

The Liberal government has talked about granting amnesty for past marijuana crimes, but isn't likely to move until after the new cannabis regime comes into effect this summer.

For black communities across the country, that's not soon enough – and frustrated lawyers in Toronto are now considering lighting a fire under the feds with a class-action lawsuit.

"There are lawyers who are coming together to consider that as an option if the government is slow," said Morgan, a lawyer with Falconers LLP in Toronto.

"They (the Liberals) are going to have to respond – and it's probably best that they respond internally and in a proactive way, as opposed to a reactive way where much is spent on litigation to move this forward."

For black communities in Canada, amnesty would finally mark a break from a troubled history with marijuana – one wrapped in stigmas, stereotypes and shame that have left some feeling left out of the federal cannabis debate. Morgan recently encapsulated those feelings in a lengthy analysis published in the magazine Policy Options.

This week, to mark the beginning of Black History Month, leaders in Ottawa began putting in their own words what the black community has felt for years.

Blacks make up 8.6 per cent of federal inmates, even though they account for 3.5 per cent of the general population. In 2014, of the almost 2,200 federal inmates with drug charges, 12 per cent were black, said Robyn Maynard, author of the book "Policing Black Lives."

Statistics, meanwhile, indicate the black community is no more prone to drug use than any other. One study from 2002 found that black youth in Toronto were less likely to use marijuana than their white counterparts.

To illustrate the imbalance in how drug laws are enforced, Akwasi Owusu-Bempah, an assistant professor of sociology from the University of Toronto, looks no further than the prime minister himself.

Trudeau admitted in 2013 to having used marijuana while a sitting MP, and has talked openly about how his father, Pierre Trudeau, helped his brother avoid marijuana charges.

A federal apology for "discriminatory and disparate treatment" is called for, he added, alongside an amnesty for past marijuana offences.

Maynard, a Montreal-based activist, links the racial disparity in drug charges to a long-standing narrative that has historically linked drug use to black communities – particularly during the so-called "war on drugs" in the 1980s and 1990s.

The resulting stereotype, she said, portrays black men as drug dealers and black women as their couriers.

That stereotype has followed Morgan around since high school. He recalls being a teenager, standing at a bus terminal and having random people asking him for marijuana.

What he calls an "unfortunate rite of passage" for black men still happens to him a couple of times a year.

"If you talk to enough black folks you'll see that's quite, quite common," said Morgan, an expert on issues of racial justice.

Since introducing the Cannabis Act last April, Liberals have been under pressure to devise an amnesty program to account for the disproportionate effects that drug laws have had on minority communities.

Last month, Public Safety Minister Ralph Goodale said the government was looking at the legal implications of amnesty, but refused to provide a time frame.

Toronto MP Bill Blair, a former police chief who's now the government's point person on the pot file, said the discussion to date on pardons has focused on simple possession crimes, not trafficking.

"Once we have put in a more comprehensive system of regulatory control for the production and distribution of cannabis, that's an issue the government will then, at that point in time, be able to turn its mind to," he said Thursday after question period.

It makes no political sense for the Liberals to drag their heels on wiping out criminal convictions for pot possession, said Toronto lawyer Annamaria Enenajor.

An amnesty would be "something so easy and something so compassionate," she added. "There's really no purpose for keeping these records."

Greg Fergus, a Quebec MP who chairs the Liberal black caucus, has been pushing his government to examine its cannabis policy through a racial lens.

Should the government issue pardons for past convictions, officials would have to figure out costs, determine who would be able to seek pardons and determine "who has suffered from the disproportionate number of convictions."

Amnesty needs to be part of a larger strategy, including helping black Canadians who might be eligible for a pardon, said Liberal MP Celina Caesar-Chavannes.

Ideas that have been floated include helping those with convictions find work in the cannabis economy. Indeed, some companies are already looking to employ people with experience in the illicit market.

"There are a number of different strategies that we could think of and be innovative around how to ensure that once they come out of the criminal justice system, there is hope for them," said Caesar-Chavannes.

Just prior to the start of Black History Month, the Liberals officially recognized the International Decade for People of African Descent, which provides a framework to better address challenges that black Canadians face, including the historical impacts of drug laws.

"This is going to take many people working ... in partnership with black communities across the country," Fergus said.

"We can start having that conversation. Now the door is open." 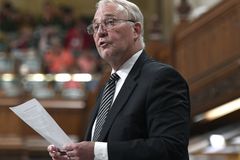 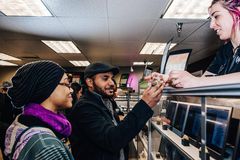 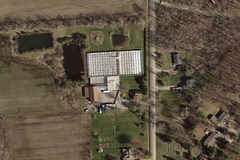