Finance Minister Bill Morneau reversed course after days of controversy and announced he will sell all his shares in his family firm and put all remaining assets in a blind trust beyond his reach – measures he opted not to take nearly two years ago when he entered public life.

Mr. Morneau, a newcomer to federal politics in 2015, has been under fire since Monday after The Globe and Mail revealed that he had not placed his substantial personal holdings into a blind trust, as Justin Trudeau did for his family fortune, a move that the Prime Minister holds up as the gold standard for avoiding conflicts of interest in federal politics.

The 55-year-old former Bay Street executive was still adamant Thursday that the rules don't require him to divest his substantial assets and that he was embarking on this course only to quell criticism that he said was derailing his work in the Finance Department.

Opinion: Bill Morneau and a new sort of Liberal arrogance

"I perhaps naively thought that in Canada following the rules and respecting the recommendations of the Ethics Commissioner … would meet up to [Canadians'] high expectations," he said.

"In fact what we have seen over the last week is I need to do more."

Mr. Morneau's effort to put the controversy over his personal wealth behind him comes as he struggles to make complicated changes to tax policy that have stirred a backlash among small-business owners.

"We can't have tin ears. We work for Canadians. I am trying to make sure that we are successfully improving the lives of Canadians across the country," the Finance Minister told reporters.

"If we're getting distracted because some people are worried about my personal situation, it's time to move on."

Mr. Morneau's holdings include shares in Morneau Shepell, one of four major players in the human resources-pension management sector in Canada and a company whose fortunes can be affected by decisions made by a federal finance minister.

On Thursday, the Finance Minister revealed that he currently owns "about one million" shares of the company, holdings that are worth more than $20.6-million at current stock prices and that earn about $780,000 in annual dividends. (His office said he divested of more than one million shares after being elected in 2015 and before filing his first report with the Ethics Commissioner.)

He said he will not only sell his shares but also those owned by his family, which his office later clarified includes his spouse and children. A spokesman could not immediately say how many shares in total this would comprise. This sell-off would not include shares owned by his father, Frank Morneau, who founded Morneau Shepell.

By setting up a blind trust, which would place his assets beyond his reach while in public office, and selling off publicly traded Morneau Shepell shares, the Finance Minister joins more than a dozen colleagues in the Trudeau cabinet who have taken similar steps.

Six cabinet ministers, including the Prime Minister, have set up blind trusts to comply with conflict-of-interest law and another six cabinet ministers have sold publicly traded shares, according a Globe and Mail review of filings with the the federal Ethics Commissioner's office.

Opposition parties derided the new steps Mr. Morneau is taking as insincere, noting that he told his former company and media at the outset of his tenure as a senior Trudeau minister that he was in fact putting his assets in a blind trust.

"For two years, the Finance Minister told the media that he was putting his shares in a blind trust. He told the same thing to his old company. Canadians and even fellow Liberal MPs lived this lie. His response two years later, I guess after making millions, now it is time to do the right thing," NDP ethics critic Nathan Cullen said. "Talk about Liberal entitlement. Those guys really know how to celebrate an anniversary."

Mr. Morneau's defence all week has been that he did as instructed by Ethics Commissioner Mary Dawson, and that he decided not to sell his shares or put his assets in a blind trust because of what she had advised him. Ms. Dawson has corrected the record by saying that she told him it "wasn't required" under existing rules because he holds his shares indirectly through a holding company.

She also revealed that she has asked Ottawa to eliminate this loophole so that even securities held indirectly through a holding company would be required to be divested through share sale or blind trust.

The Prime Minister's Office declined to answer the question this week when asked whether the Liberals would close this loophole.

The Conservatives shifted their attention Thursday to Bill C-27, pension legislation that Mr. Morneau is sponsoring that both the NDP and Tories say could reasonably be expected to benefit Morneau Shepell.

"He hid from Canadians his millions of dollars in Morneau Shepell shares in a numbered company in Alberta, despite wrongly telling others it was in a blind trust, until he got caught, and now he is selling them," Conservative finance critic Pierre Poilievre said in the Commons. "Why does he expect us to blindly trust that he is not hiding other conflicts of interest in his eight additional numbered companies that he has across the country?"

Bill C-27 would enable federally regulated businesses to create target benefit pension plans that lower the monetary liability for employers by shifting risk to employees. Mr. Morneau advocated for a shift to these plans when at Morneau Shepell and opposition parties argue the firm stands to benefit because existing clients might want to switch to target-benefit plans from defined-benefit plans. Also, critics say, the new legislation would require actuarial valuations every year, which could also mean more work.

The Finance Minister declined to answer Conservative queries on whether he'd recused himself from C-27.

But in a press conference with the media earlier, Mr. Morneau revealed he has had to recuse himself from government files at least twice in the past two years to avoid a conflict of interest. He declined to say what the subjects at hand were or whether they related to Bill C-27.

Mr. Morneau said his goal is to assure Canadians there is no possibility of conflict of interest by ensuring "neither me nor my family [have] any assets in Morneau Shepell" and putting everything else in a blind trust.

It's not entirely clear which assets would go into the blind trust.

His office says the blind trust would hold everything that is listed in the disclosure statement Mr. Morneau as a minister must file with the Ethics Commissioner. This list includes unidentified shares held in a numbered Alberta company and a series of numbered companies that own real estate in Florida as well as a French corporation that holds a French villa. It also makes reference to a family trust, the Morneau McCain trust, as well as the fact he is a potential beneficiary of the Nancy McCain 2013 Family Trust, a vehicle connected to his wife who is a member of the family that owns McCain Foods.

Editor’s note: Editor’s note: an earlier version of this story said Bill Morneau’s holdings in Morneau Shepell generated about $78,000 in annual dividends. In fact, the shares generate about $780,000 a year. This version has been corrected. 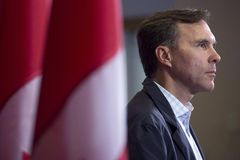 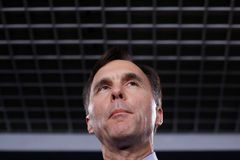 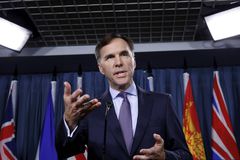