The leaders of the two opposition parties recognized by the House of Commons took to the microphones as the clock ticked down on the current sitting of Parliament to complain about the perceived incompetence and lack of democracy demonstrated by the ruling Conservatives.

But neither NDP Leader Thomas Mulcair nor Bob Rae of the Liberals indicated willingness Wednesday to find ways of working together to block another Tory victory in 2015.

With the Green Party of Elizabeth May showing unexpected strength in recent by-elections and with polls suggesting a resurgence of the Bloc Quebecois, the centre-left of the Canadian political spectrum appears even more fractured than it was 19 months ago when Stephen Harper won his first majority.

Mr. Harper first formed a government in 2006 after merging the Progressive Conservatives with the Canadian Alliance (formerly the Reform Party), to secure the unified support of his right-wing base.

And Nathan Cullen, a British Columbia New Democrat MP, put in a strong showing during his party's leadership race earlier this year by urging a more co-operative relationship with the Liberals and the Greens. But Mr. Mulcair does not agree that is the right path.

If anything, the sniping by the members of his party and the Liberals who sit next to them has only intensified since he took over as leader.

"The next election is going to be about a clear choice – a clear choice between the Conservatives, who will make people work two more years to get their Old Age Security, who've scrapped environmental legislation, who are going to go after free universal public medical care. And the NDP is the only party that's standing up to them and offers an alternative," Mr. Mulcair said Wednesday when asked about co-operation with other parties on the centre and the left.

"We are talking about preserving the Canada that we've fought for and built together since the Second World War," said the NDP leader. "That is a clear difference. That's what Canadians are going to get to vote for. My number one job as leader of the NDP is to rally all progressive forces under the NDP banner and defeat Stephen Harper in 2015."

On the Liberal side, Vancouver MP and leadership candidate Joyce Murray says co-operation with the NDP and the Greens would be a good thing. But Justin Trudeau, the perceived front runner in the race for the party's top job, has said the idea is a non-starter and that he would run candidates in every riding in the next federal election.

Mr. Rae seemed perturbed Wednesday by the suggestion that there is any reason to work with other parties.

The interim Liberal Leader pointed out that, when he was first elected to the provincial legislature in Ontario in 1985, the Progressive Conservatives had enjoyed many years in government. But the fact that there was both a strong Liberal Party and a strong NDP did not prevent the Conservatives from being defeated through three subsequent elections, he said.

So "it's nonsensical to think that the only way you can ever defeat the Conservatives is to have two parties in the House that are fighting each other like cats and dogs and that's the best way, that's what Canadians really want," said Mr. Rae.

A Leger Marketing poll conducted earlier this month suggested that Bloc Quebecois had the support of 29 per cent of Quebec voters – up 11 points since June.

Mr. Rae said he was unaware of any resurgence of the Bloc.

Ms. May said she is unhappy about the lack of co-operation and co-ordination among the opposition parties even on a daily basis at the House of Commons.

"One of my biggest frustrations as an opposition Member of Parliament is that NDP and the Liberals waste so much time attacking each other. It is really not the point," she said in a telephone interview. "From this opposition lobby, we could be way more effective day -to-day if we worked together."

The day-to-day thrust-and-parry in the House of Commons is all about winning in 2015, not about governing in 2012, said the Green Leader.

When it comes to elections, Ms. May said the Green party agrees there should be one-time collaboration with any party that agrees the "perverse" first-past-the-post electoral system must be replaced with a system that would make every vote count.

Speaker urged to stem tide of partisan vitriol in House of Commons
October 1, 2012 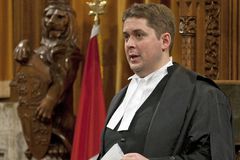 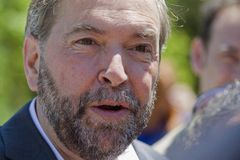