The New Democratic Party is promising to dramatically strengthen Canada's commitment to reduce greenhouse gas emissions if it forms government after the October election, saying it wants to reassert this country's leadership heading into the Paris climate summit in December.

In an interview on Friday, Halifax candidate Megan Leslie – the NDP's deputy leader and environment critic – said the party would pass legislation with far more ambitious targets than the Conservative government's current commitments and require regular reviews to ensure the country was on track to meet them.

Ms. Leslie spoke as negotiators in Bonn wrapped up a week-long presummit session that revealed the outlines of an agreement to rein in greenhouse gas (GHG) emissions. However, UN Secretary-General Ban Ki-moon has warned that the GHG-reduction commitments from the world's biggest emitters are insufficient to keep global temperatures from rising less than 2 C, a goal endorsed by global leaders.

The NDP will reveal more details on its climate platform in the coming weeks, but Ms. Leslie said it will be consistent with a party-supported private member's bill tabled in June that set an ambitious target of reducing GHGs 34 per cent below 1990 levels by 2025, and 80 per cent by 2050.

At a campaign stop on Friday, Mr. Harper said he did not see climate-change policy as an election issue and is focusing on the economy and security instead. He said he remains optimistic that an acceptable international agreement will be reached in Paris.

He said his government had submitted its climate targets to the UN, and has presided over a decline in greenhouse gas emissions.

But those declines came primarily during the deep recession of 2008-2009, and emissions are now rising and are forecast to exceed the Conservatives' 2020 target by a wide margin without aggressive new policies.

"Of course the environment and economy are linked. It's dangerous to think they're not," she said. "With this mindset of the Conservatives, not only are we missing out on the incredible economic opportunities of the green energy economy, but we're putting our international trading relationships at risk."

The NDP candidate said her party is the only one that could begin to repair Canada's reputation in Paris because it would have a firm target and a plan to attain it. A Conservative government would arrive at the summit with its existing strategy, one that rejects the need for a carbon price; Liberal Leader Justin Trudeau has said he would work with the provinces to develop targets and a plan, although there would be little time to accomplish that between the election on Oct. 19 and the start of the Paris summit on Nov. 30.

The NDP is promising to impose a national cap-and-trade plan, but Ms. Leslie said it would work with the provinces, which are forging ahead with their own carbon-pricing plans, even as it undertook measures to enhance energy efficiency and the transition from high-carbon fuels.

Liberal candidate John McKay – the party's environment critic – acknowledged that, if his party forms government, it would be a tall order for Mr. Trudeau to go to Paris with new national targets and a plan. But Mr. McKay said it is important that the federal government work with the provinces, major cities and industry to have a national strategy, rather than attempting to impose one from Ottawa.

Green Party Leader Elizabeth May said neither of the leading opposition parties has communicated the urgency of the climate issue to voters, but added that either would be preferable to the Conservatives, particularly if Green Party MPs held the balance of power.

Trudeau to invest heavily in green infrastructure in attempt to stimulate economy
September 2, 2015 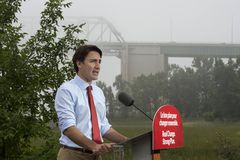 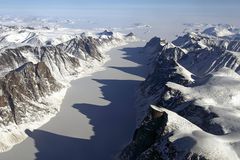 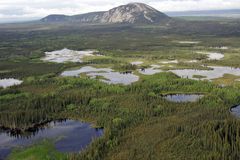