A new poll has some worrying numbers for Andrea Horwath mere weeks before the NDP Leader must decide whether to pull the plug on Ontario's minority Liberal government and force a snap election.

The Nanos Research survey shows a dip in popular support for the NDP, which lost more than five percentage points among decided voters since January, including a 3.4-per-cent drop in the past month. The party was the choice of just 21.6 per cent of respondents, below its result in the 2011 election.

Premier Kathleen Wynne's Liberals and Tim Hudak's Progressive Conservatives, meanwhile, are tied at 36 per cent, an increase within the margin of error for the Tories over last month. The Grits are unchanged.

The phone survey of 503 Ontarians, conducted between April 7 and 11, is considered accurate plus or minus 4.4 per centage points, 19 times out of 20.

Nanos Research chairman Nik Nanos said revelations in the gas-plant scandal have made the Liberals look vulnerable, prompting some NDP supporters to switch their vote to Ms. Wynne to prevent the PCs from taking office.

"I think [the scandal] has had a bit of a polarizing effect," he said in an interview. "Some people are strategically voting because they're concerned about Tim Hudak winning the next election."

Those strategic voters have replaced erstwhile Liberal supporters who have moved to the Tories in recent months as the gas-plant revelations piled up, he said, effectively leaving overall support for the Grits unchanged.

The New Democrats took an even greater hit on a second measure of support: the percentage of voters who would consider voting for the party. The New Democrats' numbers dropped a full 10 percentage points over the past month, with the party now at 37 per cent. By comparison, the Liberals are down three points to 52 per cent and the Tories down two to 42 per cent – both within the margin of error.

But bad as the survey looks for the NDP, the news is also pretty grim for the other two parties, Mr. Nanos said.

The Liberals have seen the poll lead they held as recently as January evaporate, with the PCs steadily catching up to them.

Mr. Hudak, meanwhile, remains personally unpopular, with just 39 per cent of respondents saying he has the qualities of a good leader. Ms. Wynne, by comparison, got favourable reviews from 54 per cent, and Ms. Horwath from 53 per cent.

"There's a lump of coal for everyone," Mr. Nanos said. "There are rationalizations for every single party not to have an election coming off the budget."

The Liberals control only a minority of seats in the legislature and need the help of at least one other party to pass a budget to be tabled next week. With the PCs gunning for an election, it will be up to the NDP to decide if the government lives or dies.

If Ms. Horwath votes down the budget, the province will go to the polls in June.

In recent weeks, people close to Ms. Horwath have been optimistic about the party's chances in an election. Polls since 2011 have generally shown Liberal and Tory support slightly down from the last election and NDP support slightly up. These numbers, however, suggest the New Democrats have less to gain from an election than previously thought.

Whenever the election comes, the ballot question will be clear. The Nanos poll shows that jobs and the economy are the province's top issues for the first time since the great recession in 2009. Fully 22.3 per cent of respondents picked them, compared to 14.4 per cent who chose health care – a flip from last month. Other issues – taxes, education and the deficit – all fell below 10 per cent.

Mr. Nanos attributed the numbers to both the shaky economy and the fact that health care has been getting less attention recently.

"There aren't as many health issues in the news," he said. 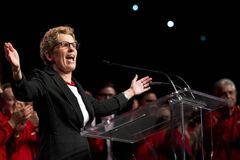 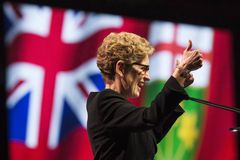 IT expert involved in gas-plant computer deletions still on contract until weekend
March 31, 2014 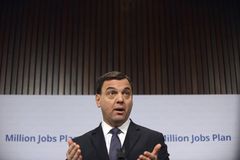