To Andrea Horwath's detractors, it is emblematic of everything they dislike about her leadership of Ontario's New Democrats.

Even her admirers, in fact, must struggle to defend with a straight face her resolute refusal to take a position on the governing Liberals' plan to raise the province's minimum wage to $11 and hook it to the consumer price index going forward. The policy is neither complicated nor much of a surprise; it is also precisely the sort of thing about which a leader of her party is expected to have strong opinions.

But then, why would Ms. Horwath mess with an approach that has been working for her so far?

Polls both public and private show the NDP on the rise in Ontario – somewhere in the mid-to-high twenties in popular support, and particularly strong in the province's south and southwest (including the Niagara Falls riding facing a by-election on Thursday). And the personal popularity of Ms. Horwath, who is plastered on her party's literature more than the province's other leaders, has been central to that surge.

That the New Democrats have moved into a position to compete for power with nobody having any clue about their policy agenda – about where they stand on the most basic of issues – is remarkable. But it is not a coincidence.

It is possible Ms. Horwath genuinely has very few strong views about public policy. But her party, or at least the people in charge of its strategy, are operating from the premise that the last thing it will suffer from is the perception it's too unambitious; that on the contrary, voters worry it wants to do too much. So the NDP has mostly stuck to a handful of marginal populist policies – such as lower auto-insurance and capping salaries of public-sector executives – perceived to be easily achievable.

As it turns out, this strategy has not only covered off Ms. Horwath's potential weaknesses, but it's also left her less vulnerable than her counterparts. Premier Kathleen Wynne has had her own prolonged spells of indecisiveness, but she's put herself out there by (among other things) advocating for collecting taxes or tolls to upgrade transportation infrastructure; Progressive Conservative Leader Tim Hudak is preparing to run on a platform that includes major spending cuts and at least the hint of "right-to-work" labour policy. Either or both could easily see voters turn away.

There is a good reason both Ms. Wynne and Mr. Hudak have taken those risks, and will probably take more of them. With its economy still struggling more than a half decade after recession hit, Ontario needs more than just minor tinkering. But because the answers don't tend to be especially easy or pleasant – pay more, make do with less, embrace upheaval – Ms. Horwath seems to be benefiting from simply avoiding them altogether.

Not everyone who might vote for her party is pleased by this. Anti-poverty activists, for instance, have been up in arms about her minimum-wage waffling. But Ms. Horwath has made abundantly clear that she's not especially concerned with the tiny percentage of the population that follows provincial politics closely; she's playing to the vast majority that only pays passing attention.

The result is a large gap in perceptions between those in and around Queen's Park, who increasingly question whether Ms. Horwath has the substance to be seen as a potential premier, and those in the real world who welcome her as a likeable fresh face scrappy enough to fight for everyday needs.

The obvious danger for her is that the gulf will narrow when the broader electorate takes a closer look. Perhaps that will be enough incentive to finally start fleshing out her agenda. But for now, the boldest thing about her leadership is her willingness to buck the normal expectations of someone aspiring to her province's highest office.

How Ontario’s NDP is preparing for a new spring offensive
Subscriber content
January 24, 2014 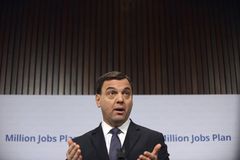 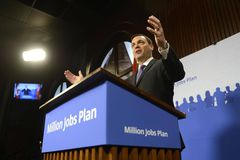 Two leaders, second thoughts: Why Wynne and Hudak have reasons to regret
January 30, 2014 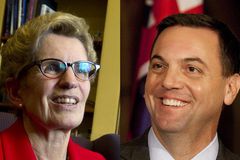