Trillium Power Wind Corp. was planning an offshore wind farm in Lake Ontario near Kingston. But then-premier Dalton McGuinty's government killed the project in February, 2011, by imposing a moratorium on offshore wind in the face of backlash against windmills from rural residents during an election year.

Trillium sued the province for $500-million. The company alleges that in a recent disclosure from the province in the case, it discovered the Premier's office was missing crucial e-mails and other related documents, and reported this to police.

It is the second electricity-related case for the Liberals involving allegations that documents were destroyed.

Two of Mr. McGuinty's former staffers were charged criminally last year for allegedly bringing in an outside information technology consultant to wipe clean the hard drives of computers in the Premier's office during the fallout from the controversial cancellations of two gas-fire power plants.

Trillium chief executive officer John Kourtoff said he noticed something was amiss when he received the government's disclosure and discovered it included no records related to the power project, even though Trillium had received e-mails from officials in the Premier's office discussing it.

"Any communications from, to, or within the Ontario Premier's office and cabinet office didn't exist any more," he said.

One document the government did disclose said the province would "purge e-mails, records, documents" related to offshore wind projects, Trillium says in its court filings.

In its own court filing, the government confirmed it destroyed documents, but maintained it did not intentionally erase anything related to the Trillium case.

"The use of the term 'purging' … refers to standard record keeping practices respecting transitory items and does not in any respect refer to the intentional destruction of documents that would in any way support the plaintiff's unfounded allegations of misfeasance in public office," the government wrote.

Premier Kathleen Wynne and Energy Minister Bob Chiarelli said they first heard of the OPP probe in the media. Mr. Chiarelli said the government put in place "extremely adequate" rules after the scandal to make sure e-mails are no longer deleted.

Mr. Chiarelli said the government brought down the moratorium on offshore wind because it is not convinced there is enough evidence that such projects are a good idea, even though offshore wind farms have existed in Sweden and The Netherlands for 20 years.

"There is not a lot of positive experience to compare it to," Mr. Chiarelli said. "I'm not familar with the technical aspects. I don't know whether the sea around Sweden is similar to Lake Ontario."

Trillium contends the province has not made any serious efforts to determine whether offshore wind has merit. Meanwhile, Mr. Kourtoff pointed out, the province allows more than 2,000 natural-gas wells in Lake Erie.

The Trillium project dominated the daily Question Period. Progressive Conservative Leader Patrick Brown pointed out that the government has been subject to five police investigations in as many years. These include the gas plants, two into allegations of bribery in last year's Sudbury by-election and a probe into the Ornge air ambulance system.

"Why did the Liberal cabinet cancel the offshore wind project?" he asked. "Was it to save the Liberal seat in Kingston? Or was it because Trillium never donated to the Ontario Liberal Party?"

NDP Leader Andrea Horwath said the case bears several similarities to that of the gas plants: "Apparently, the Liberals ripped up energy contracts for political gain, again. It's alleged they destroyed energy-related documents, again. Now the OPP anti-rackets branch is investigating the Premier's office, again," she said in the Legislature.

There is no indication the current OPP investigation is connected to the gas-plant case.

In that matter, Mr. McGuinty cancelled the plants in the Toronto suburbs of Mississauga and Oakville before the 2011 election to placate angry residents in battleground ridings at an estimated cost of up to $1.1-billion.

Two McGuinty aides, David Livingston and Laura Miller, are alleged to have brought in Ms. Miller's spouse, an IT expert, to wipe government computers, erasing documents that could shed light on the cancellations. The case is before the courts.

Mr. Livingston's lawyer said on Wednesday he had heard nothing from the OPP. "The police have not so much as contacted us about this. We have no reason to believe that their investigation has anything to do with Mr. Livingston," Fredrick Schumann wrote in an e-mail.

Ms. Miller did not respond to a request for comment. 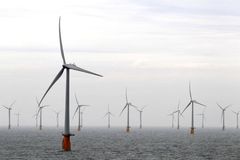 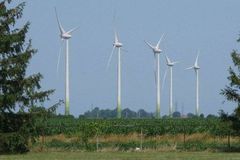 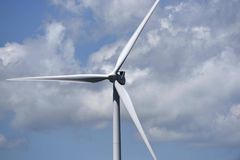