It was meant to be a permanent and public record of a sad chapter in Canadian history.

But it has evolved into a court battle between the government and the Truth and Reconciliation Commission over who is responsible for collecting millions of documents about the country's aboriginal residential schools.

The government had intended the documents to be the basis of a resource centre at the University of Manitoba, where survivors and their families could find out what happened behind the walls of the church-run schools.

Federal departments knew they were required to produce the material, but a senior bureaucrat has indicated they procrastinated for years, then dumped the burden on the commission when costs mounted and time ran short.

The Truth and Reconciliation Commission (TRC) was established in 2008 as part of the $1.9-billion settlement between former students, the Canadian government, the churches, and others, to record the experience of the schools.

It says it has neither the time nor the resources to search for the documents. It is taking the government to court for refusing to release the material that could shine light on the abuse of first nations, Inuit and Métis children during the schools' 130-year history.

Testimony in the case begins in Toronto on Thursday. In related proceedings, David Russell, the Aboriginal Affairs Department's director of national research and analysis, painted a picture of departmental stonewalling and unwillingness to do the time-consuming work of the document retrieval.

With a budget of $60-million spread over five years, the commission's mandate runs out in July, 2014. It is required to establish the resource centre and, at the outset, the government agreed to hand over all relevant documents.

Aboriginal Affairs has provided almost a million records and has promised to produce another 270,000 by next June.

But, on Nov. 27, under prehearing cross-examination by commission lawyer Julian Falconer, Mr. Russell agreed two to five million documents are outstanding. And when asked if the number was closer to five million, Mr. Russell said "I don't have any reason to doubt it."

Although the government has indicated a willingness to turn over the documents that Aboriginal Affairs generated, many more were created by 23 other departments including Citizenship and Immigration and National Defence. Minutes of a May, 2010, interdepartmental meeting of senior bureaucrats who were managing the production of the records say the RCMP alone had found 60,000 documents related to the residential schools.

The minutes of that meeting, which took place four years after the settlement agreement was signed, also state that Library and Archives Canada told those in attendance that it is the responsibility of the departments to collect the documents wherever they are.

Mr. Russell told Mr. Falconer that some departments were reluctant to find and identify the records because they lacked expertise in how to conduct the search and because of the time and expense. The costs have been estimated at more than $100-million.

In September, 2011, government officials called TRC to say the commission's researchers – and not the departments – would be responsible for searching the archives and retrieving the documents.

Mr. Russell agreed under questioning that the commission was in no better position to find the papers than departmental staff. "That wasn't part of the discussion," he said.

The commission has neither the funds nor the manpower to do the job that the government has refused to do, Mr. Falconer said on Tuesday in a telephone interview with The Globe and Mail. "In fact, the evidence shows that Canada recognized the magnitude of the task and shifted it over to the TRC when it became clear what kind of funding investment they would have to make."

About 150,000 aboriginal children attended the schools. Many were forced from their homes as part of a program of assimilation. Physical and sexual abuse was rampant, and mortality rates were as high as 50 per cent at some of the institutions.

Prime Minister Stephen Harper apologized in 2008 on behalf of the federal government for the residential-schools experience, but the Assembly of First Nations says the refusal to release the documents threatens to undermine that gesture.

"In my view, what this is really all about is a hot potato over history," Mr. Falconer said. "Canada did not start moving, clearly from the evidence, until 2010. And when it became clear to Canada that it couldn't meet its obligations, it simply changed the ground rules of its obligations." 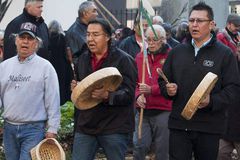 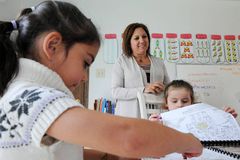 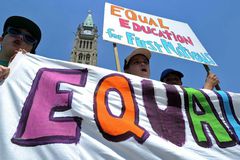 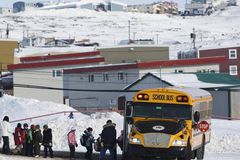