The federal government discriminated against tens of thousands of vulnerable First Nations children by providing less money for welfare services on reserves than is available elsewhere in Canada, the Canadian Human Rights Tribunal will finally rule in a groundbreaking case that was launched nearly nine years ago.

The Tuesday morning decision in the complaint lodged by the Assembly of First Nations and the First Nations Child and Family Caring Society will be a major victory for Cindy Blackstock, the director of the society who has been the central figure in the fight to end the inequity, the indigenous sources told The Globe and Mail.

The government's own documents say the underfunding for welfare on reserves runs between 22 and 34 per cent, compared with provincial rates. Putting an end to the disparity could cost hundreds of millions of dollars.

But it would stop what the AFN and the Caring Society say has been decades of clear-cut discrimination on racial grounds that results in indigenous children being needlessly ripped from their homes.

"This case is brought on behalf of 163,000 little kids, and it was filed in 2007 after the federal government failed to implement reforms on two reports that we jointly did with them showing the inequalities, showing the harms of the underfunding, that it was driving children into care, depriving kids of fundamental health equipment," Ms. Blackstock said Monday. The reports provided solutions but the government walked away from them, she said.

"A whole generation of children has grown up under this discrimination," Ms. Blackstock said, "when, if the government had done the right thing when those reports were out and implemented the recommendations, we wouldn't be hardships for children today."

In most places in the country, social workers who determine that children are at risk have access to protective and preventative services that allow the kids to stay in their homes while the problems are being resolved. But those services are not well funded on reserves, "so you end up removing a lot more kids," Ms. Blackstock said.

The National Household Survey of 2011 found that 48 per cent of the 30,000 children and youth who were in foster care across Canada were aboriginal, even though aboriginal people account for just 4.3 per cent of the population.

Among the other deprivations that the AFN and the Caring Society say have arisen from the unequal funding is the lack of access to medical treatment for children on reserves that would be standard anywhere else, and a dearth of mental-health services where, in some communities, suicide has been described as being at "epidemic" levels.

The Human Rights Tribunal ruling was shared, under embargo, several days ago with some of the parties who were involved with the case.

Sources who have been made aware of its contents told The Globe that it refers to the calls to action contained in the final report of the Truth and Reconciliation Commission that investigated allegations of abuse at the former Indian residential schools.

Prime Minister Justin Trudeau has promised to implement all 94 of commission's calls to action, the first of which urges all levels of government to reduce the number of aboriginal children in care by, among other things, providing adequate resources to enable communities and child-welfare organizations to keep families together.

The Human Rights Tribunal can make enforceable orders to end discrimination but the sources did not divulge what measures, if any, will be called for in this case. The AFN and the Caring Society have created a long list of steps they say need to be taken to rectify the situation.

Charlie Angus, the indigenous affairs critic for the New Democrats, said the first question will be whether the government decides to appeal the decision. "I would be shocked if they did. It would send a really terrible message."

Since the case was launched in February of 2007, the federal government has tried on eight occasions to derail it on legal technicalities without arguing that to do so was in the best interests of indigenous children. Ms. Blackstock says Ottawa has spent at least $5-million trying to fight her.

The actual hearings did not begin until 2013. Two government departments were called out by the Privacy Commissioner for monitoring Ms. Blackstock's Facebook account. And she was awarded $20,000 last year, which she donated to children's charities, after a government official was found to have retaliated against her.

Ms. Blackstock, who was among those given an advance copy of the tribunal's ruling, refused to disclose what it said. But she said some of the evidence her group tendered to the Human Rights Tribunal was heartbreaking – multiple indigenous children who could not obtain required pieces of medical equipment because governments could not decide who would pay for it.

It could be expensive to solve the inequities. "But the other way to think about it," Ms. Blackstock said, "is how much money have they been saving by racially discriminating against kids." 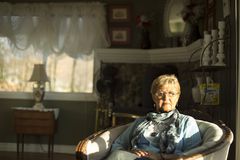 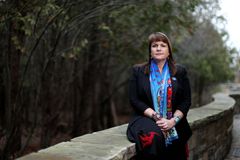 Trudeau says he will ask Pope to apologize for residential schools
December 16, 2015
Follow Gloria Galloway on Twitter @glorgal
Report an error Editorial code of conduct
Due to technical reasons, we have temporarily removed commenting from our articles. We hope to have this fixed soon. Thank you for your patience. If you are looking to give feedback on our new site, please send it along to feedback@globeandmail.com. If you want to write a letter to the editor, please forward to letters@globeandmail.com.
Comments