Stephen Harper refuses to reverse tax cuts to the big corporations, saying they will create much-needed jobs. Liberal Leader Michael Ignatieff and NDP Jack Layton, however, are at odds with the Prime Minister: They don't support the cuts and are suggesting they cannot support the March budget if the issue is not dealt with.

The lines are hardening. Is it possible Canadians will go to the polls this spring over corporate tax cuts? Is it a good issue for the Conservatives or is it a better one for the opposition? We asked our pollster panel to weigh in.

DIMITRI PANTAZOPOULOS jokes that with all this talk about corporate tax cuts, "one would think that we are a nation of accountants, lawyers and CFOs."

He sees the issue, however, as more about symbolism than substance. The Praxicus Public Strategies pollster, who has conducted surveys for the Harper government, believes the Tories are pushing it to "maintain credibility with their base" - Conservative voters who believe in free-markets and job creation through investment in business.

But Mr. Pantazopoulos is more curious and critical about the Liberal position. "For the Liberals to engage in this type of class warfare argues against everything that they built their success upon," he says. "The Liberal Party is most successful when it takes a pro-business, pro-free market position along with a socially-liberal position."

He notes that former Liberal leader John Turner attempted this in 1988 when he came out against the free-trade agreement "and snatched defeat from the jaws of victory."

Regardless, Mr. Pantazopoulos believes there will be no election this spring.

FRANK GRAVES has a Machiavellian view as to why the Conservatives are "leading with their chin" on the corporate tax cut issue - as bait for an election.

"They use this lob ball to entice the opposition into an election where they don't appear to be in a winning position," the EKOS Research president suggests, "and then they try to low bridge or perhaps even shift ground on this once the writ is dropped."

Delicious speculation because Mr. Graves can't figure out why the Tories would think this is a good issue for them. First, it's more Bay Street than Main Street. Second, polling data consistently shows corporate tax cuts always "emerges as a clear loser in the court of public opinion" when it's up against investment in education and health care and deficit reduction.

But the issue has "strong surface appeal" for the opposition. "The real payoff, in terms of emotional resonance and hence votes," Mr. Graves says, "is to translate this from impersonal corporate benefits to public largesse to the avaricious private-jet-wielding business elites."

NIK NANOS sees risks for both the Conservatives and Liberals on the corporate-tax-cut front.

For the Tories, the Nanos Research president says their gamble is that voters will perceive tax relief for corporations as a greater priority than tax relief for Canadians.

"For the Liberals, the risk is that they may be anti-business and that they are shifting to the left," Mr. Nanos said. "Neither party should have an interest in an election focusing on corporate tax cuts since for average Canadians they likely don't think there is a big problem with the current rate of taxation on corporations."

Regardless, he believes the issue is a winner for the Tories in terms of fundraising as well as motivating ethnic voters, "many of whom either have a business or place a high value on entrepreneurship."

new
Liberals poised for gains, but not government, in make-or-break battle
May 1, 2018 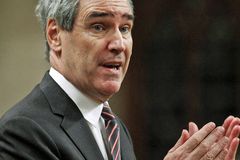 Dispute over tax cuts hallmark of resumed Parliament
May 1, 2018 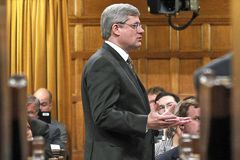 Memo to Ottawa: Take jobs out of corporate tax debate
April 29, 2018
Opinion
Corporate tax cut dispute bit of a yawn for U.S. businesses
April 29, 2018
Follow Jane Taber on Twitter @janetaber1
Report an error Editorial code of conduct
Due to technical reasons, we have temporarily removed commenting from our articles. We hope to have this fixed soon. Thank you for your patience. If you are looking to give feedback on our new site, please send it along to feedback@globeandmail.com. If you want to write a letter to the editor, please forward to letters@globeandmail.com.
Comments