NDP Leader Jack Layton is keeping his hand in politics as he continues to fight a second cancer diagnosis. It is still not clear, however, if he will return to work on Parliament Hill when the House resumes sitting next month as he had hoped to do.

A senior party official, Kathleen Monk, says Mr. Layton is in regular contact with his chief of staff, Anne McGrath. In addition, he is resting and recuperating with his family in Toronto and "is doing well," she said.

Mr. Layton, who had been battling prostate cancer, announced last month that he would be stepping aside temporarily to fight a second cancer. He appeared frail, his face was gaunt and his voice was very weak when he made the announcement at a Toronto news conference.

The NDP chief, who led his party to Official Opposition status for the first time in the May 2 election, would not say what type of cancer he was battling, allowing only that it was a second cancer.

Opposition staffers, meanwhile, are loath to talk about Mr. Layton's status. When asked if he will be well enough to come back in mid-September, Ms. Monk would not answer the question.

Rather, she said: "We all wish him well and we all want him back in the House as soon as he is able. If he needs more time ... no one is going to deny him more time."

Nycole Turmel, a rookie MP from the western Quebec riding of Hulln–Aylmer, was appointed Interim Leader while he recovers.

Ms. Monk noted that Mr. Layton is "really appreciative" of the cards, gifts, messages of hope, comments, prayers and "good thoughts" and "vibes" that Canadians have sent him.

Joe Comartin says the country's lawyers and judges are "offended professionally" by the Harper government's law-and-order agenda, which is prohibiting any changes to its mandatory minimum sentencing legislation.

"They find this offensive as lawyers," the NDP justice critic told The Globe. "The evidence is overwhelming this is the wrong approach. ... [Lawyers are] just so offended that they are shifting the criminal justice system as dramatically as it should be. They are offended professionally the government would do this."

Mr. Comartin was referring, in part, to Justice Minister Rob Nicholson's appearance Monday at the Canadian Bar Association's annual meeting. He refused to budge at the Halifax gathering, dismissing calls for a "safety valve" to work in concert with the mandatory minimum jail sentences.

The proposal would give judges, in certain cases, discretion to disregard the mandatory minimum where they would be cruel or inappropriate. "It is our job to give guidance to the courts," Mr. Nicholson said. "We have had mandatory sentences in this country for quite some time and the ones we have are reasonable and provide that guidance."

Lawyers at the CBA meeting were strong in their condemnation of the government's tough-on-crime agenda, and its position on sentencing. And Mr. Comartin, a former defence lawyer, said past governments would consult with the legal profession if significant changes were being proposed. This one, he says, does not.

The Windsor MP has a private members bill calling for the safety valve. He noted that there is such a provision in Britain, which has been around for more than a decade and used successfully. And he said that prohibiting judges from using the safety valve will, for example, result in more over-targeting of aboriginals and African-Canadians in the criminal justice system.

He added that the NDP continues to oppose the proposed legislation, pushing prevention rather than punishment and "knowing this is the most effective way to protect our citizens." 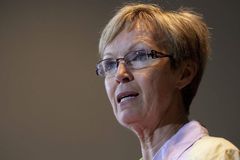 Opinion
Layton's resolve will be great, his battle difficult
July 27, 2011 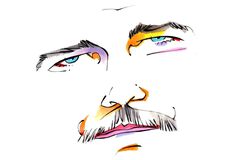 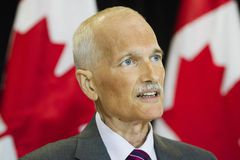 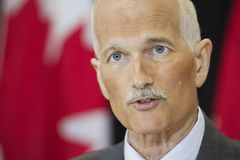