Treasury Board President Tony Clement is dismissing suggestions he caused a royal controversy when he snapped a private moment between the Duke and Duchess of Cambridge and then posted it on Twitter.

Asked if the incident was a "mountain or molehill," Mr. Clement characterized it as the latter

Known on Parliament Hill as the most prolific of political tweeters, Mr. Clement was simply playing to form Friday when posted the snapshot, a grainy image of the royal couple from behind.

The minister and his BlackBerry were in Ottawa for the Canada Day celebrations, attending the noon-hour ceremony on the Hill. Later, he watched the fireworks from the Lester B. Pearson Building where Foreign Affairs Minister John Baird held a reception.

Prince William and his wife, Catherine, dropped into the reception after spending about 30 minutes on the Hill, clapping and tapping their feet to the music of Sam Roberts and Great Big Sea at the evening concert.

And this is when Mr. Clement took his picture - as the couple was standing out on the ninth floor balcony admiring the view of the fireworks from behind Parliment Hill and over the Ottawa River. You can just make out the backs of the Prince and Duchess watching the bursts of light.

The Sun newspaper chain, however, was not impressed. Columnist Christina Blizzard set upon Mr. Clement, saying that Mr. Clement's picture "has caused an uproar among media covering the Royal Tour by tweeting a picture of Will and Kate."

"Some photographers covering the tour feel Clement used his political up-close access to the Royals to encroach on their strictly controlled territory," she wrote.

The media has to be careful not to report verbatim conversations between the royal couple and those they meet during their walkabouts or events. But Mr. Clement is not a journalist. Rather, he's simply a royal fan.

"Like thousands of other Cdn fans I took & shared a pic of the Royals. Molehill," he told The Globe via Twitter on Monday morning.

And a royal baby makes three?

In the absence of any real news, the British press following the royal visit has seized upon a remark made by Catherine as a clue to her next project - a family.

Gordon Rayner, a journalist covering the tour for The Telegraph, wrote Monday morning that Catherine suggested to a British ex-pat that she is "feeling broody."

David Cheater, who now lives in Quebec, offered his best wishes in her efforts to start a family. "Yes, I hope to," she reportedly replied to him, setting off the rumour mill.

"It is the first time the Duchess has spoken publicly about having children, although Prince William stated when the couple got engaged that a family was something they both wanted," Mr. Rayner wrote.

In what may be one of his last acts as the Prime Minister's communications director, Dimitri Soudas tweeted a pic of Stephen Harper and his daughter, Rachel, at the Katy Perry concert in Ottawa on Sunday night.

While Rachel may be a Katy Perry fan she is also very much a fan of cooking. Dressed in a chef's jacket and apron, Rachel was helping the cooks at the recent garden party for media at 24 Sussex Drive. She also helped out at the garden party for MPs and friends of the Harpers.

Mr. Soudas, meanwhile, announced that he is leaving the PMO in September after years of loyal service to Mr. Harper. His replacement has not yet been announced. 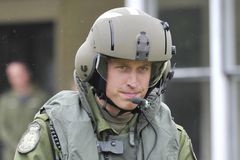 Duke and Duchess come to their province while Quebeckers go to the beach
May 3, 2018 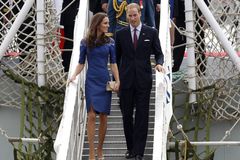