In his appointment as Minister of State for Democratic Reform and fixer of what is wrong with the Senate, Pierre Poilievre has arguably been handed the toughest job in cabinet.

But he is also coming full circle to the issue that marked his entry to the backrooms of Conservative politics.

In 1998, Mr. Poilievre volunteered on the campaign of Ted Morton, a political science professor and later an Alberta provincial cabinet minister who wanted to be elected as a senator. Mr. Morton won that campaign. But Liberal Prime Minister Jean Chrétien refused to appoint him to the Red Chamber.

"We thought if we held the election, then Chrétien would feel compelled to honour it," Mr. Poilievre said. "He felt no such obligation."

Mr. Poilievre, 34, laughed when he told that story Friday in the Italian food store and delicatessen in downtown Ottawa that serves as his "second office" – a shop where he is permitted behind the counter to make his own cappuccino.

Many Canadians know the man who was first elected as a Conservative MP in 2004 at the age of 25 as his party's loyal soldier – the young Tory dispatched during Question Period to deliver a quick snap to the jugular of any opposition member alleging Conservative impropriety.

But his statements in the House – and out of it – are not delivered in the usual hot-headed manner of the attack dog. Rather, he is deliberate and given to prolonged pauses, and he sprinkles his sentences with historical references.

Mr. Poilievre, who spent his childhood in Calgary, loves history. He dressed up as Sir John A. Macdonald for the recent opening of his constituency office because he learned that the first prime minister, a Conservative, once had a campaign office just a half block away.

Mr. Poilievre's interest in politics began in high school when he was sidelined from the wrestling team by an injury. Stir-crazy with boredom, he pestered his mother, a volunteer for the Progressive Conservative Party of Alberta, to take him to a political event.

He was impressed by such folks as Alberta MLA Jim Dinning and Preston Manning, the former Reform Party leader, and started mixing with a conservative crowd. Then he went to Ottawa to work for Stockwell Day, the former leader of the Canadian Alliance.

When the new Conservative Party was formed in 2003, Mr. Poilievre said he thought it needed "young entrepreneurial candidates who are prepared to inject some life into the political scene." In 2004, he ran against David Pratt, the Liberal defence minister, in the Ottawa-area riding of Nepean-Carleton. And he won. Then he won again, and again, and again.

Mr. Poilievre's career has not been without controversy. He was caught uttering an expletive at a parliamentary committee. He made an offensive gesture in the House of Commons. He impatiently blew through an RCMP security check on Parliament Hill. He is a target of opposition anger for his role as Conservative linebacker blocking politically charged questions with accusations of his own, a job he seems to relish.

"I have always been a bit of a fighter, so when the tough files came along my phone would ring and I was ready to take on the challenge," Mr. Poilievre said. "Those are challenging files and there is a lot of heat and sound that comes with them. But I found that the best approach is just to stay calm, focus on the key facts and push through it."

Now he has the job of reforming the Senate – the institution that has been in the news for the better half of a year because of a spending scandal involving three senators appointed by Prime Minister Stephen Harper, as well as a Liberal appointee.

The controversy has highlighted the sort of political excess and entitlement that Canadians despise, and it threatens to dog Mr. Harper through the fall. But the situation has also focused Canadian attention on the need for Senate reform – something the Prime Minister has been trying to achieve for seven years without success.

The government is now waiting for the Supreme Court to rule whether Ottawa has the power to unilaterally reform or abolish the Red Chamber or must enter protracted constitutional negotiations with the provinces. A constitutional battle would be a "big distraction," Mr. Poilievre said. "And I am hoping the court will give us a legal instruction manual on how we can implement those reforms."

The good thing, he said, is that there is near-unanimous public agreement that, when it comes to the Senate, the status quo is not an option. "Democratic bicameralism is the preferred option. A democratic Senate would give a voice to the regions and a more long-term, less myopic viewpoint than the House," Mr. Poilievre said.

But if reform is not possible, the Conservatives are prepared to move to abolition. None of which will happen easily or quickly.

"I try to put things into historical perspective," Mr. Poilievre said. Canada's system of government evolved slowly and incrementally, he said. "As a young man, it's sometimes hard to be patient but, when you look at that enormous history, you realize that it's important to accept incremental improvements." 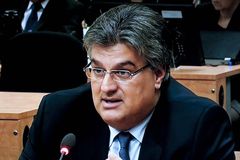 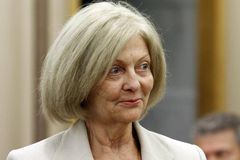 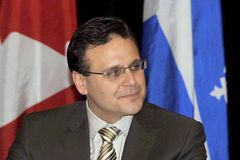 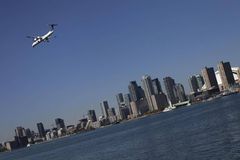 Committee to examine claims by retired senator Rod Zimmer
May 11, 2018 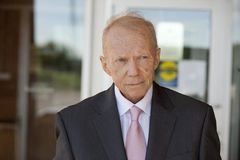 RCMP widens Senate probe to include Wallin’s expense claims
May 11, 2018