Plans to provide road access to remote Northern Ontario First Nations and spur development of the Ring of Fire mineral deposits are in limbo after a government-funded consultation failed to produce a clear consensus on how to proceed.

A community study that cost $785,000 in combined provincial and federal funds has concluded that Ottawa and Ontario have not provided enough information for First Nations to make a clear decision on how to proceed.

"A 'yes' or 'no' decision for a community road or road corridor option cannot be made at this time," states a section of the report that summarizes the conclusions and recommendations.

The Globe and Mail obtained a copy of the three-page conclusions section but has not seen the full report. The four communities involved – Webequie First Nation, Eabametoong First Nation, Neskantaga First Nation and Nibinamik First Nation – have not made the report public. It is not clear whether the section obtained by The Globe is a draft or final version.

Proponents of developing the Ring of Fire – a vast mineral deposit about 500 kilometres northeast of Thunder Bay that is currently inaccessible by road or rail – argue that government spending on transportation infrastructure would spur billions of dollars in private-sector development and could also benefit remote First Nations in the region that currently lack year-round road access. First Nations leaders have expressed an openness to discussing options but have also voiced concern about the environmental and social impacts of development.

The lack of progress on the file comes as the federal Liberal government is under public pressure to improve conditions for remote First Nations communities.

Timmins-James Bay NDP MP Charlie Angus said the communities involved in the study have legitimate questions and concerns that are not being addressed by the Ontario and federal governments.

"What's so frustrating is that this has been going on for years," he said. "I think it's just talk. I don't think [the provincial and federal governments] have the money and I don't think they want to spend the money, because if they did, they would have been at the table a long time ago."

The federal Liberals have promised to spend billions on infrastructure, with a focus on social infrastructure that would benefit First Nations. The Ontario government has promised to spend $1-billion on Ring of Fire infrastructure and has called on Ottawa to match that amount. The federal Liberal Party did not mention the Ring of Fire in its 2015 election platform, nor was it mentioned in the 2016 federal budget. Mr. Trudeau made no firm commitment when asked about the issue twice earlier this week by a reporter following a cabinet retreat in Sudbury.

"The Ring of Fire is a provincial initiative that the previous federal government was extremely detached from and uninterested in," Mr. Trudeau said. "We have indicated time and time again that we look forward to being positive partners on resource development with the provinces."

When asked whether any federal infrastructure money will go toward the Ring of Fire, a spokesperson for Infrastructure Canada said this week that it has not received any applications related to the development from the Ontario government.

Michael Gravelle, Ontario's Minister of Northern Development and Mines, confirmed in an interview that no application has been made. He said that's because Ontario won't submit a request without the support of area First Nations and the province continues to negotiate with them in an effort to reach consensus.

"There's still some important discussions that are taking place," he said. "I continue to be optimistic that we can find a resolution whereby recommendations will come forward related to the road structure. ... I can't see us moving ahead without the support of the First Nations."

Mr. Gravelle said the province is also pressing the federal government "pretty hard" to match the $1-billion promised by Ontario.

The contents of other sections of the committee report were obtained by CBC Thunder Bay, which reported this week that the focus of the study was on an all-season service road that would link the communities together, as well as to the provincial highway system. The study did not focus on an industrial road to connect to the Ring of Fire mineral deposits.

Some of the unresolved issues include who would own and manage the roads and how the new road connections would affect social assistance payments. Some social programs pay more to residents of remote fly-in communities.

"Based on our research, our most at-risk community members could receive 30 to 50 per cent less social assistance through Ontario Works if we are connected by road, with few economic alternatives for our members to turn to in the near term," Elizabeth Atlookan, chief of Eabametoong First Nation, wrote in a column published online in April. Ms. Atlookan declined comment this week. 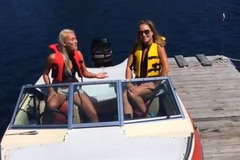 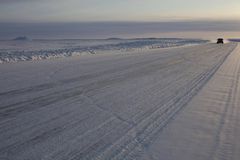 Ring of Fire development a political winner, but not quite so for mining companies
Subscriber content
April 24, 2016 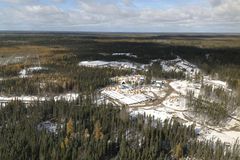 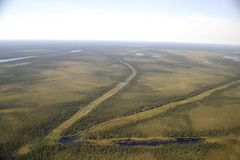