A backroom veteran and political pundit who calls himself the Prince of Darkness of Canadian politics is considering running for the federal Liberals in the Toronto riding once held by Jack Layton.

Warren Kinsella was invited, along with other prospective candidates, to attend a recent meeting of the Liberals' Toronto-Danforth riding association. He said in an e-mail Wednesday that a number of senior Liberal party members are urging him to run in the 2015 election.

"I'm giving it serious thought," said Mr. Kinsella. "It's a big decision. I'm very concerned about the direction the country is going in, and I believe [Liberal Leader Justin] Trudeau is on track to win back the confidence of Canadians." Mr. Kinsella once ran for the federal Liberals in 1997, losing his bid for a seat in North Vancouver.

Among the party veterans who support Mr. Kinsella's candidacy is Dennis Mills, the Liberal who held Toronto-Danforth and its predecessor for 16 years before being defeated by Mr. Layton, the former NDP leader, in 2004.

Mr. Mills said Wednesday he believes Mr. Kinsella would make an excellent MP because of his experience, his knowledge of public policy, and his passion for Canada. "I think that he would be a great parliamentarian," said Mr. Mills. "He has had a long, long apprenticeship in serving every region of our country."

The potential candidacy of Mr. Kinsella in the downtown Toronto riding, where the Liberals will be seeking to unseat NDP MP Craig Scott, could be the latest headache to ensue from Mr. Trudeau's commitment ‎to open nominations.

Liberal officials would not discuss Mr. Kinsella's potential entry into front-line politics but pointed out that all of their party's candidates must pass a difficult vetting process before they are given the green light to run as a candidate.

Mr. Kinsella, one of the most high-profile political strategists in the country, made his name in politics working on the campaigns of former prime minister Jean Chrétien and former Ontario premier Dalton McGuinty, and through books and media. But his career has recently been marked by a series of messy splits and ensuing feuds with parties and politicians who have used his services.

Mr. Kinsella's last known role with the federal Liberals was with former leader Michael Ignatieff, whom he called a "treacherous aristocrat" after he abruptly left his office about five years ago.‎ And he appeared to part ways with the Ontario Liberals after his preferred choice to replace Mr. McGuinty, Sandra Pupatello, lost her leadership bid; he was subsequently sharply critical of the people around Kathleen Wynne, who won that race.

Earlier this year, he left the Toronto mayoral campaign of Olivia Chow ‎after he suggested that the transit plan of rival candidate and eventual winner John Tory – for whom he worked in a previous campaign – was "segregationist." He subsequently complained that Ms. Chow failed to defend him after the ensuing controversy, and blamed her disappointing third-place election result on her weakness as a candidate.

Mr. ‎Kinsella recently filed a lawsuit against Nick Kouvalis, a strategist on Mr. Tory's campaign. He is seeking $100,000 in damages for a series of tweets he alleges are defamatory, including one that suggested he was "dumped" from Ms. Chow's campaign.

If those and other controversies have Mr. Trudeau's officials concerned about his possible candidacy, they will face a difficult choice as to whether to try to block it.

After promising while campaigning for his party's leadership to allow open nominations across the country, Mr. Trudeau has faced criticism for favouring some candidates and for blocking others.

Mr. Kinsella was among those who attacked Mr. Trudeau's Liberals for blocking Christine Innes from seeking the nomination for a by-election earlier this year in the Toronto riding of Trinity-Spadina, on the basis of alleged behaviour on her behalf by her husband, former Liberal MP Tony Ianno.

In a Toronto Sun column at the time, Mr.Kinsella lashed out at Mr. Trudeau's "oxymoronic brain trust," and called the party leader's open-nominations pledge "a lie." 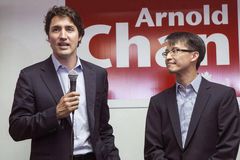 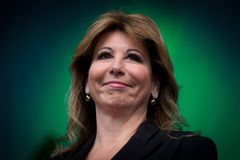 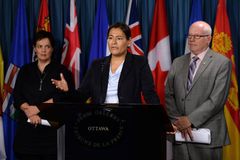 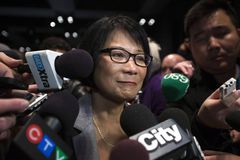 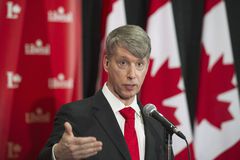 Follow Gloria Galloway and Adam Radwanski on Twitter @glorgal @aradwanski
Report an error Editorial code of conduct
Due to technical reasons, we have temporarily removed commenting from our articles. We hope to have this fixed soon. Thank you for your patience. If you are looking to give feedback on our new site, please send it along to feedback@globeandmail.com. If you want to write a letter to the editor, please forward to letters@globeandmail.com.
Comments