The Parti Québécois government is expected to reveal Friday how it will try to end a staple of the province's public life: the recurring occasions when its bureaucrats become public laughingstock because of their overzealous enforcement of language laws.

Diane de Courcy, the minister responsible for the French Language Charter, has scheduled a press conference at a downtown Montreal hotel to brief reporters about the "updating of practices at the Office québécois de la langue française," the watchdog agency whose inspectors enforce rules about the presence of French in the commercial sector.

Over the years, the media have found ample fodder in stories about language inspectors receiving complaints over some anodyne matter and investigating all too diligently the threats created by the words "Double Diamond" on beer coasters in an Indian restaurant or vintage Guinness signs at McKibbin's Irish Pub in Montreal.

In the most recent public-relations fiasco, earlier this year, the OQLF received a complaint about the lack of French on menus at the Montreal jet-set restaurant Buonanotte. Bureaucrats issued a letter enjoining the eatery's owners to remove words like "pasta" from the menus.

What became known as "Pastagate" and the ridicule it generated in the international media forced the resignation last March of the OQLF president Louise Marchand. Her minister, Ms. De Courcy, said the office needed a more savvy, "customer-service" mindset.

"We clearly made a mistake, we crossed the line," Ms. De Courcy said at the time. "We need to modernize the OQLF, give inspectors clear guidelines and ensure that we approach the business community through dialogue, mediation and co-operation."

The newspaper La Presse reported Thursday that Ms. De Courcy will announce a triage-like system that will sift through incoming complaints and investigate only the more serious transgressions.

"I wouldn't deny what was written but I wouldn't confirm it because what was published was very vague," Mr. Lemieux said, saying that there was "a whole range" of steps that will be announced.

The more conciliatory approach to language inspection comes as the PQ is trying to pass Bill 14, which aims to reinforce the use of French in Quebec society.

Bill 14 would extend French-language requirements to smaller businesses than before, and would strip bilingual municipalities of their status if the percentage of citizens who use English as their mother tongue were to drop below 50 per cent. The bill passed first reading but, because the PQ is a minority government, it is now in the midst of negotiating amendments to Bill 14 with the Coalition Avenir du Quebec, the opposition party that holds the balance of power.

The OQLF has regularly found itself in a position where someone files a complain against a business, a file is opened and an inspector dispatched to the scene, snapping photos and asking questions to prepare a report, therefore angering the merchant and creating an uproar, even if eventually no correctional steps are requested.

In June, the office had to issue a statement to clarify that it had investigated but not banned the plastic spoons used by the U.S. frozen-yogurt chain Menchie's, which are engraved with English words.

Still, so far this year a dozen companies, from Walmart Canada to a kosher supermarket in Montreal, have been fined up to $1,500 for various linguistic transgressions.

Investigations pursued by the OQLF include one case against the Boutique Séduction sex shop. According to a court decision, a OQLF inspector visited the shop after a complaint about the English-only packaging on a sex toy called " Super Stretch Sleeves."

Despite three follow-up visits by the inspector, no solution could be agreed on and the store was eventually fined $500. 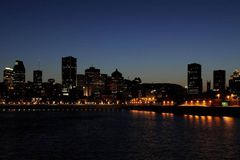 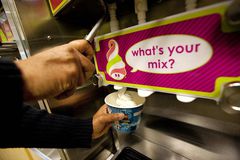 Facts & Arguments
My battle with the language police as an anglo professional in Quebec
April 1, 2013 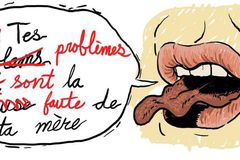