The Harper government is blaming privacy fears for a controversial decision to scrap a mandatory long-form census questionnaire - but the country's privacy watchdog has heard almost nothing from Canadians on the topic.

In fact, according to the Office of the Privacy Commissioner, only three complaints were laid about any aspect of the census in the last decade: two in 2006 and one in 2001.

"The number of complaints coming to us about the census has dropped in recent years," Privacy Commissioner spokeswoman Anne-Marie Hayden said.

The last time Canadians registered beefs on the census that were measured in the double digits was in 1996 - 14 years ago. And back then, the Privacy Commissioner's office only received 16 complaints. In 1991, the watchdog heard 33 complaints.

The Conservative government has decided it will no longer be mandatory for one-fifth of Canadian households to fill out a so-called long-form census questionnaire.

Opposition parties are marshalling efforts to recall a Commons committee this summer that could probe the decision, one they warn will erode the comprehensive profile that the census normally draws of Canada. The Liberals, New Democrats and Bloc Québécois want Industry Minister Tony Clement called on the carpet to justify the move.

None of this changes the fact that Canadians must complete the basic census form with eight questions about gender, age, marital status and relationships of people in a household.

But the longer form, with more than 50 questions, will now become voluntary, eroding Canada's only complete national database on education, income, employment, ethnicity and language. This threatens the pool of information that social scientists, policy-makers researchers, businesses and charities use to target different groups.

Mr. Clement is refusing, however, to consider changing course.

"In the past, the government of Canada received complaints about the long-form census from citizens who felt it was an intrusion of their privacy," Mr. Clement said in a statement.

Ms. Hayden said the Privacy Commissioner's Office wasn't consulted on the decision to abandon a mandatory long-form questionnaire and "in general" was satisfied with the measures put in place to protect privacy for the 2011 census.

Canadians face a fine of $500 or three months in jail if they refuse to answer census questions. But neither the Department of Industry nor Mr. Clement's office could say how many Canadians have been fined or jailed for balking.

A spokeswoman for Mr. Clement said MPs also hear beefs about the census. "After almost every census in the 35 years of the long-form, Canadians have complained about being forced by law to divulge information they find very personal," Lynn Meahan said.

The Tories say the long-form questionnaires will now be sent to one-third of households - to be filled out only if Canadians choose. But critics say a voluntary response will mean fewer replies and less accurate picture of household demographics.

Liberal industry critic Marc Garneau warned the Tory move will undermine the effectiveness of social programs because data on the most needy Canadians will not be collected.

"[It's]a thinly veiled attack on the most vulnerable Canadians, and the federal government's ability to deliver progressive programs that help them," Mr. Garneau said.

NDP industry critic Brian Masse said he fears a loss of the "only comprehensive data collected in Canada to learn concrete data about Canadians in their local neighbourhoods."

And the Liberals are urging an amendment to the Statistics Act to ensure the comprehensive long-form census remains mandatory for one-fifth of households.

"The Conservatives want to undermine the government's ability to enforce legislation and deliver social programs aimed at our most vulnerable," Mr. Garneau said, naming pay equity, labour market development, and immigration settlement programs as measures that could be affected. 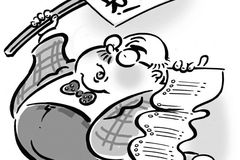 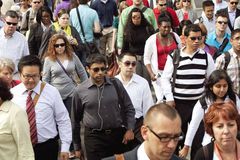 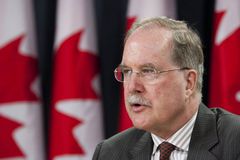 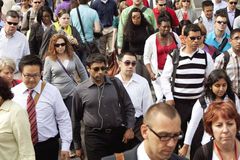 Why you should care about the long census form's demise
July 6, 2010
Tories scrap mandatory long-form census
June 29, 2010
Follow Steven Chase on Twitter @stevenchase
Report an error Editorial code of conduct
Due to technical reasons, we have temporarily removed commenting from our articles. We hope to have this fixed soon. Thank you for your patience. If you are looking to give feedback on our new site, please send it along to feedback@globeandmail.com. If you want to write a letter to the editor, please forward to letters@globeandmail.com.
Comments