The new leader of the Quebec Liberal Party is proposing to take the country into a new round of talks to bring the province into the constitutional fold in time for Canada's 150th anniversary.

In offering to seek a way for Quebec finally to become a signatory to the Constitution in 2017, Philippe Couillard is the first Quebec Liberal leader to dare open up the topic of national unity since the late premier Robert Bourassa and his ally in Ottawa, former prime minister Brian Mulroney, failed in similar attempts decades ago.

Mr. Couillard's suggested target date comes nearly 20 years after Quebec came within a few thousand votes of achieving sovereignty in a referendum and former prime minister Jean Chrétien closed "the general store" on constitutional demands. It has remained padlocked ever since.

In a news conference on Monday, Mr. Couillard said Quebec has a lot to offer Canada, and signing on to the Constitution during the 150th anniversary celebrations in 2017 would be a highly symbolic gesture.

"We need to be methodical in the way we are going to approach this," said Mr. Couillard, who won the party leadership on the weekend. "The first thing to do is within our party, to discuss this question of identity or the specific nature of Quebec and then have conversations with the other governments of Canada on how this could be approached."

He proposed that a new round of constitutional talks could include other issues, such as Prime Minister Stephen Harper's proposal to reform the Senate. "This could be one window of opportunity," he said adding that another more "symbolic window" would be the 150th anniversary of Confederation.

Mr. Couillard was vague on whether a constitutional amendment recognizing Quebec's place in Canada should be ratified by a referendum or a vote in the National Assembly.

"Before discussing these technical questions, first we must discuss what we want to accomplish. How do we define the distinct character, the common values of Quebeckers? What is behind the word 'distinct' and 'specific' with regards to our pride, our identity and also what it adds to Canada," Mr. Couillard said.

Previous attempts to bring Quebec into the constitutional fold failed. The Meech Lake accord was rejected in 1990. Canadians voted down the Charlottetown accord in a referendum in 1992, paving the way for a referendum of 1995, in which the national unity forces barely managed to squeak out a victory.

"The party will have to consider it, but I don't think it is ready to commit itself to such an initiative," Mr. Pelletier said in an interview, noting that during his tenure, Quebec negotiated several administrative agreements without reopening the constitutional debate. He added that the rest of Canada has shown no interest in talks.

"It will require a strong political will on Quebec's part. If Quebec imposes the debate, then there will be one," Mr. Pelletier said. "It is a risk that would need to be carefully examined. … But for now I don't think it is Mr. Couillard's first priority."

Mr. Couillard has stated that one of his most important aims is attracting the support of the francophone federalist voters who abandoned the Liberals in recent years. Public opinion polls indicate only 20 per cent of francophones support the party, with many federalists turning to the Coalition Avenir Quebec.

The new Liberal leader promised to hold regional party meetings and define new policies on issues of identity, language, social values and the economy. He said he hopes to organize a major policy convention within the next year that will lay the foundation for the next election platform.

Mr. Couillard said he will adopt a party code of ethics in an attempt to erase the stain on the Liberal trademark from allegations of corruption and collusion.

The party's renewal will also involve distancing itself from the Charest era and its unpopular decisions. But for now, Mr. Couillard, who does not have a seat in the National Assembly, is adopting continuity before proceeding with change, re-appointing Jean-Marc Fournier as opposition leader in the National Assembly and building bridges with his two leadership opponents, Raymond Bachand and Pierre Moreau. 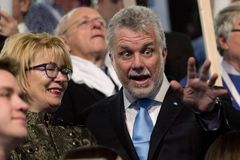 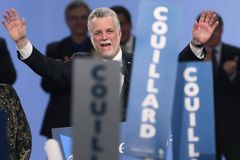 Philippe Couillard wins Quebec Liberal leadership on pledge to renew the party
May 11, 2018 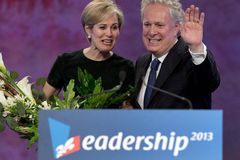 Payment that led to probe of SNC was attached to oil-sands deal
May 11, 2018

Ottawa finds a home for Lord Stanley memorial
May 11, 2018 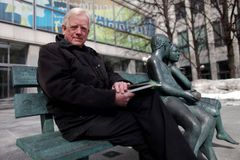