The estimate adds crucial detail to the long-simmering debate over Canada's handling of detainees, which was reignited last week by a Canadian diplomat's explosive testimony that all those transferred into Afghan hands in 2006 and early 2007 faced torture.

The figure is important because it represents how many detainees had been turned over to Afghan authorities from 2006 until May of 2007, when Ottawa moved to overhaul its transfer policies. At that time, the Canadian government rewrote the agreement on turning over prisoners to make provisions for Canada to monitor detainees for abuse or torture.

Diplomat Richard Colvin, who served 17 months in Afghanistan during 2006 and 2007, told a parliamentary committee last week all the suspects captured by Canadian soldiers and transferred to Afghans were tortured - and that most were likely innocent. Most of the detainees were handed over to Afghanistan's notorious intelligence service.

His testimony painted a startling picture of indifference and obstruction by Ottawa, which he said ignored his early and repeated warnings of problems with transfers.

It was only in May of 2007 - one year after his reports began - that Ottawa overhauled its agreement on transferring prisoners to the Afghans to provide for follow-up monitoring of detainees' treatment.

Defence Minister Peter MacKay acknowledged his government had long been aware of the potential for abuse within Afghan jails. "I'm not suggesting that we have not heard serious allegations from the moment we took office," he said in Halifax. But there was no evidence to back up Mr. Colvin's allegations, he said.

"What we have heard thus far cannot be substantiated. Not a single Taliban prisoner turned over by Canadian Forces can be proven to have been abused."

However, the latest report from the Afghanistan Independent Human Rights Commission, at one time entrusted to monitor Canadian-captured insurgents in Kandahar, says it has documented nearly 400 cases of torture. It uncovered 47 cases of abuse in Kandahar, which was ranked third in terms of the number of abuse claims in the country. "Torture and other cruel, inhuman or degrading treatment are common in the majority of law enforcement institutions, and at least 98.5 per cent of interviewed victims have been tortured," said the April, 2009, study.

The independent study, which tracked abuse claims between 2001 and early 2008, shows the vast majority, 243, were levelled in 2006 and 2007 - when Mr. Colvin was in Afghanistan and warning about torture. General Walt Natynczyk, Canada's top military commander, also confirmed Sunday the army halted transferring prisoners to Afghan authorities on more than one occasion. He wouldn't say how many times or the reasons.

The Department of Defence has refused to say how many Afghans Canadian troops detained or transferred.

Detainees transferred to the Afghan intelligence service were likely tortured in the first days of being handed over, Mr. Colvin told the House of Commons committee on Afghanistan last week.

This abuse would have happened at the National Directorate of Security detention facilities. Prisoners would later be released or possibly transferred to a local jail such as Kandahar's Sarpoza prison.

The numbers of Afghan detainees handed over to local authorities in the first 12 or so months of combat operations in Kandahar - up until May 2007 - suggest a prison transfer rate of about 13 captives per month.

With reports from Oliver Moore in Halifax and The Canadian Press 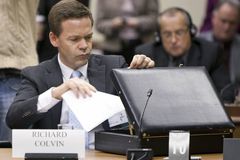 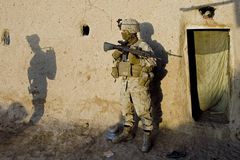 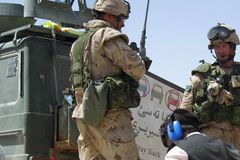 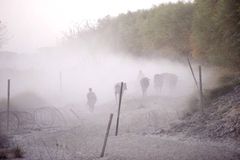 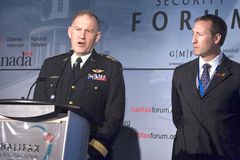 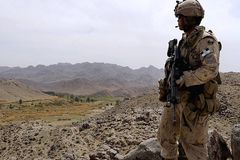 Once the invisible man, now the centre of attention
November 20, 2009 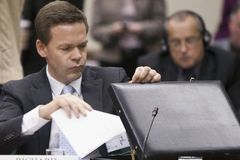 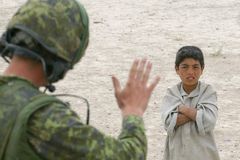 Follow Steven Chase on Twitter @stevenchase
Report an error
Due to technical reasons, we have temporarily removed commenting from our articles. We hope to have this fixed soon. Thank you for your patience. If you are looking to give feedback on our new site, please send it along to feedback@globeandmail.com. If you want to write a letter to the editor, please forward to letters@globeandmail.com.
Comments