Careful thought goes into the clothing chosen for a royal tour, veterans knowing that each outfit will be photographed, analyzed and discussed.

That same scrutiny was evident again Wednesday as the Prince of Wales left St. John's for Toronto with his wife, Camilla, the Duchess of Cornwall. But it wasn't their wardrobe that was generating the discussion this time.

John Crosbie, the Lieutenant-Governor of Newfoundland and Labrador, drew sharp criticism for characterizing the sealskin coat he wore to several official events as "a statement" in support of the annual seal kill.

Mr. Crosbie's sartorial statement, coming on top of the duchess's decision to wear a rabbit fur stole, was condemned by animal-rights activists.

"This is just more political posturing," said Rebecca Aldworth, a director of Humane Society International/Canada. "There is no compassionate human being alive who can see what I've seen on the floes and support the commercial seal hunt."

Mr. Crosbie wore the garment Wednesday at a tree-planting in the morning before swapping it for a regular coat as the royal couple went to a ceremony at the war memorial. His press secretary explained that the second event called for the Lieutenant-Governor to wear his Order of Canada, and he could not do that properly in the sealskin coat. He was back in the fur when he saw the royal couple off in the early afternoon.

"I think they rather liked the coat, but I don't want to quote them saying that they're supporters of the seal hunt," Mr. Crosbie told reporters at the city's airport.

"They took it all in their stride. They noticed it and I don't think that they were upset. They know that it's necessary, that animals are all killed for all kinds of purposes. Cows are killed and produce roast beef, etc. There are a lot of Canadians that somehow think that the roast of beef is manufactured in the back of a supermarket, not realizing that it was a cow originally, and so the seal hunt is no different."

Mark Glover, a director of Humane Society International/Europe, said that images of Mr. Crosbie in a seal coat would provoke a lot of negative attention in Britain and on the continent.

But some Newfoundlanders were unruffled.

"I don't really have that much against the wearing of a seal coat," St. John's resident Wallace Taylor said. "The people up there [in remote areas]depend on it for their livelihood."

The controversy was a rare off-script moment on a meticulously organized royal tour that, to date, has been marked more by ambivalence than criticism. Crowds have been sparse at many venues and the British press has noted the "chilly reception."

The small group of spectators yesterday morning at Government House, where the couple planted a pair of oak trees, was dominated by young students from nearby Bishop Feild School.

The crowd was larger at the local war memorial later in the morning - numbering in the low hundreds - as Prince Charles laid a wreath. Wearing a full row of medals, the heir to the throne had a Canadian poppy pinned below the British one on his lapel to symbolize the soldiers of both countries that have died in Afghanistan. 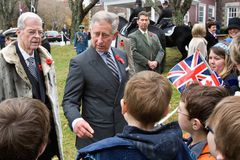 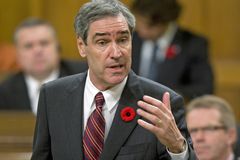 Harsh weather dominates Prince's visit to historic towns
November 4, 2009
In Newfoundland, a welcome born of history and sacrifice
November 3, 2009
Follow Oliver Moore on Twitter @moore_oliver
Report an error
Due to technical reasons, we have temporarily removed commenting from our articles. We hope to have this fixed soon. Thank you for your patience. If you are looking to give feedback on our new site, please send it along to feedback@globeandmail.com. If you want to write a letter to the editor, please forward to letters@globeandmail.com.
Comments