In the French language newspapers owned by Pierre-Karl Peladeau, we find the Prime Minister of Canada "dodging" questions related to a new arena - er, multipurpose amphitheatre - in Quebec City:

"Professional sport is first and foremost the responsibility of the private sector. That's been the federal government's position across the country for many years," Mr. Harper is quoted as replying to a reporter's question.

It won't surprise you to learn that the question was posed by a journalist employed by Mr. Peladeau. That would be the same Mr. Peladeau who is interested in owning a hockey franchise to converge with his media properties. And who needs an arena built if the NHL is even to consider a new franchise for, or moving an existing one to Quebec.

On the other hand, it may come as a bit of a surprise - especially if you're a fiscal conservative -to see Finance Minister Jim Flaherty on the front page of Le Journal de Quebec this morning. And, on page 3, find him assuring another of Mr. Peladeau's journalists that hosting the Olympics "is not essential," that his colleague Josee Verner met Quebec City Mayor Régis Labeaume last week, that he is a great hockey fan and understands the necessity of having an arena and that Ottawa "is not closing the door" - but that the project must be analyzed along with others and would require "significant private sector participation."

With Mr. Labeaume demanding answers by the end of the year, it's not clear how much longer Mr. Harper and his ministers can play for time. Since the issue is shaping up as a no-win proposition for Mr. Harper - given the differing views in Quebec City and the rest of the country - and a no-lose proposition for the secessionist-minded Bloc Quebecois, he will need to be creative, and soon.

Here's an idea: Mr. Harper should summon NHL commissioner Gary Bettman to a meeting in Ottawa. Who better to take on this diminutive, mouthy New Yorker than a quintessentially, quiet Canadian from Leaside who just happens to tower over him and looks like he could more than hold his own in the corners? A chap who has considerable power and also has a reputation for being bad tempered and mean.

To date, Mr. Bettman has spoken openly about his desire to see franchises return to places where they've been lost, provided the right circumstances present themselves. But he's been making no commitments to any city while upping the ante by saying that when the issue becomes ripe, only cities with arenas will be considered.

At the meeting, the Prime Minister should not be bashful about mentioning Hamilton, Winnipeg and Quebec City, for example, as three outstanding candidates for a new franchise, or as hosts for an existing franchise that may wish to relocate. But he should make it clear in no uncertain terms that, hockey being Canada's national game, the government of Canada expects to see an increase in the number of franchises north of the border.

In a more positive vein, Mr. Harper should offer to work with Mr. Bettman to enhance the attractiveness of Canadian cities to the league. Concretely, he should suggest a joint government-NHL task force to work out a concrete plan over the next year to achieve the objective - city by city. In some cases, this may involve helping with the construction of an arena; in other cases it may involve tax concessions. Whatever. By the time the meeting ends, Mr. Harper should have made it clear to Mr. Bettman - and in his comments to the media - that it's time up for playing games with Canadians, and time to get on with the game. 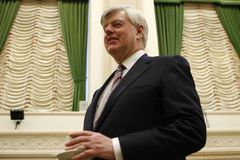 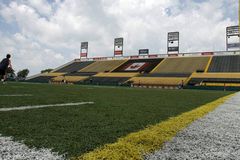