We are living in a market economy, but that doesn't mean there aren't choices to be made.

We could be living in a smart market economy. One that invests in education and training, in innovation, in new ideas. That competes at the high end. That makes sure, in many ways, that it leaves no one behind. One that shares its benefits more equally – much more equally. There is much to say about that. We'll get to it.

And then there's the dumb market economy we're living in instead … increasingly, courtesy of the Harper government. Exhibit A: the Keystone XL pipeline.

If you haven't heard of this project, you should. It is, in many ways, the keystone to Stephen Harper's approach to the Canadian economy, and to what passes for environmental policy in this government.

The pipeline's purpose is to export essentially unprocessed bitumen, in the largest possible quantities, out of Canada and to the petrochemical complex in Texas. Where it will be processed into finished fuel, plastics and chemicals in a myriad of forms for sale around the world, including back into Canada.

We could say that this is just taking advantage of an opportunity. The Americans are running out of domestic oil. They are looking for a substitute. By plugging Canada into Texas, we are fulfilling our franchise as America's largest energy provider. "Ethically," as the project's mummers and barkers would have it.

But what is really going to go down that pipeline are Canadian jobs. And forgone capital that belongs to our children and grandchildren. And then, there's the small matter of the environment.

The answer is that Mr. Harper – and his friends in the industry – are, as neo-cons and the interests they serve always do, going for the quick buck. The easy solution. The road where everybody gets their bonus and their new car right now. Everyone except the people of Canada – who get to live with the consequences of an over-valued petrocurrency, without benefiting from the value-added economic activity our own resources generate.

So then there is the question of foregone capital – the theft from our children and grandchildren. The quick-buck boys behind this pipeline project seek to mine the maximum amount of bitumen, as quickly as possible, at the lowest possible royalty rates (note the debate on this issue in Alberta when Premier Ed Stelmack tried to address it), sold for the lowest possible price – all immediately to be spent in a supposedly "low-tax" environment.

Imagine instead developing our petroleum resources more deliberately; charging appropriately for those resources; ensuring they build a job-rich industrial, value-added economy here in Canada – and that most of the treasure derived from these one-time, never-to-be renewed fossil resources were preserved in an investment fund. Then our children and grandchildren would inherit both a high-job, developed economy, and an pool of capital to build a future economy with. Mr. Harper has turned his back on this better alternative.

Then there are the environmental issues, which are not small. There is the immediate issue of hyper-development of Canada's tar sands in the service of another country's industrial economy. We not only pay the opportunity costs discussed above. We also get to pay the full environmental price. A brutally scarred landscape. Numerous other direct and indirect environmental insults. And a vast emission of carbon at every stage.

Dumb, on a global scale.

So what is to be done? Let's begin with what is not to be done: That pipeline should not be built.

And then we need to have a very large conversation with our energy industry in this country – in the first instance, with the goal of reminding them that they are in this country. 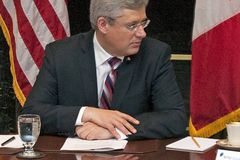 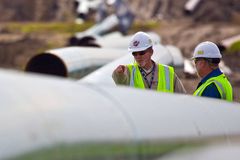 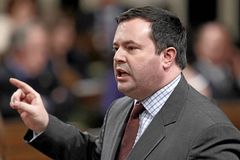 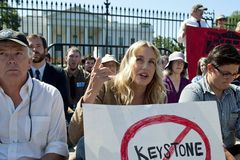 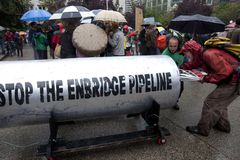 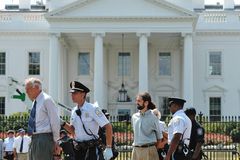