Amid fears that our democracy had been falling asleep, come a spate of polls that show the Conservatives tied with or even trailing the NDP, and in one case, dipping below 30 per cent.

The Harper Conservatives won't lose their composure over these numbers. After all, there are years before an election. And, with as controversial an agenda as they have, one could make a case that the damage has been pretty modest.

While these polls may have weak predictive power in terms of the next election, that doesn't mean there is nothing to learn from them. Here's what I'm seeing:

For a while there it looked like the Conservatives were living a charmed political life; that they could get away with pretty much anything. Robocalls, ministerial stumbles, controversial initiatives on pensions and environmental regulation, all seemed to trigger more yawns than outrage. But if it felt like no one was paying attention, turns out some folks were, or at least have started to. And they aren't as happy as they used to be with the Conservatives. Doubtless, this has occurred to the Conservatives too, and has something to do with the departure of Bev Oda.

Fears among NDP supporters that their Party would never be able to do better than they had under Jack Layton turned out to be unfounded. In particular, Mulcair's relationship with Quebec voters has gone from good to potentially show stopping.

We might like wines more after they age, but our affection for governments (of any stripe) usually works the opposite way. Voters get tired of what seems like endless boasting, half-hearted apologies for mistakes and myriad excuses for whatever hasn't worked out as predicted.

Given time, voters look for an alternative they can coalesce around. For the first time in Canada's political history, polls are telling us this could be the NDP. The most deeply partisan Liberals may scoff at this evidence, but they should take it more seriously than that.

If he is to capitalize on the opportunity, Mr. Mulcair would need to de-risk the concept of an NDP government. While inspiring progressives, he must dispel the idea that his would be a radical government.

Policy ideas brought forth between now and the next election will either help him pass or fail this test. But the definition of radical is also a "compared to what" question.

In this sense, the Conservatives may have been inadvertently helping their NDPopponents. The more controversial the agenda of the Harper government, the more deeply transformational, the greater the risk that when voters think "radical" they think about Stephen Harper, not Tom Mulcair.

Canadian voters seldom like to "rock the boat". Witness the occasionally surprising victories by provincial incumbents in the last couple of years. Often, it was because voters thought their opponents would be more radical, and incumbents, with their flaws, would bring less turmoil.

The Conservatives may well have already baked this into their planning, getting through a tough policy patch now in order to present themselves as the muddle through the middle gang by the next election.

But if not, if they continue to fashion a super sized agenda and describe it aspart of a sweeping change in the direction of the country, they may not only be remaking the image of their own party, but indirectly that of their principal opponents too.

Opinion
Mulcair, Marois and the value of attack ads
July 1, 2012 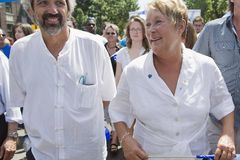 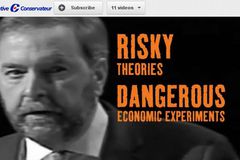 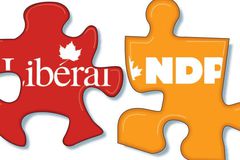 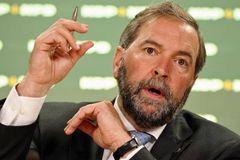