The Liberal government is expressing frustration with the Senate for delays in pushing through legislation that would give airline passengers more rights, but senators say they won't be rushed into rubber-stamping the bill.

The Trudeau government's Bill C-49, the Transportation Modernization Act, sets out, among other things, national standards for the treatment of air passengers in Canada.

It will be up to the Canadian Transportation Authority to write the regulations outlining the details once the bill passes in the Senate and receives royal assent.

According to the bill, airlines won't be allowed to bump passengers from a flight against their will and would have to offer compensation for overbooking, lost or damaged bags, and for delays and cancellations that are within the air carrier's control.

The bill passed in the Commons and was sent to the Senate five weeks ago, but it has yet to move beyond the second-reading stage of debate in the Red Chamber. This week, Senator Terry Mercer, deputy leader of the Senate Liberals, paused debate on the bill and said he would resume his part of the discussion later this week or next.

Transport Minister Marc Garneau said he hopes senators will send the bill to committee before Parliament takes its winter break at the end of next week.

"The Senate is of course master of its own destiny. At the same time, I am really hoping that they can deal with this absolutely as quickly as possible," Mr. Garneau said in an interview. "Canadians have certainly indicated their high level of interest in having something as soon as possible."

Mr. Garneau said the bill already underwent "extensive" study in the Commons, when the transport committee held hearings for a week before Parliament returned in September. "I hope that the Senate will take that into consideration and not necessarily think, 'Oh, we have to start over at point zero.'"

But some senators say the 74-page piece of legislation, which many are calling an omnibus bill, is more complicated than it appears.

Conservative Senator David Tkachuk, who chairs the Senate's transport committee, said he doubts the bill will get through committee before winter break. The Senate is scheduled to sit until Dec. 22, but Mr. Tkachuk said he hopes to be gone by next week, when the House rises.

"I have no intention of holding the bill up. But at the same time, I don't have any intention of rushing the bill through," he said. "There's a whole bunch of people that I know of who have phoned me and written letters and e-mails, that want to come before the committee. I'm not going to tell them they can't come."

Mr. Tkachuk added, "There's something about the Liberals that's really strange. They want an independent Senate until they don't want one."

For his part, Mr. Mercer said it was part of his job as a Nova Scotia senator to attend the 100th anniversary of the Halifax explosion.

He said he expects to speak to the bill soon and denied that he's holding it up. "The Senate needs to do its due diligence. It needs to do what we always do, call witnesses, hear testimony and see if we can agree with it. And if we can't agree with it, then let's amend it and send it back to the House of Commons." 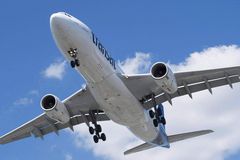 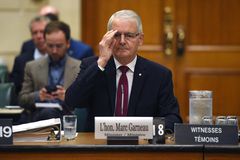 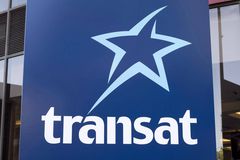