There was that law of life, so cruel and so just which demanded that one must grow or else pay more for remaining the same. – Norman Mailer

In his new tome, When the Gods Changed: The Death of Liberal Canada, Peter Newman cites this passage in describing Michael Ignatieff's plunge into political perdition.

The Conservatives' manslayer ads, we recall, pilloried the Harvardian as just being in it for himself. In a senseless sort of way, the ad spots were accurate. Who isn't in it for themselves? Happiness is about self-esteem. Even altruists can be said to be in it for themselves. Their charitableness makes them feel better. It heightens their self-esteem.

As a celebrated writer and academic, Michael Ignatieff was a lifelong onlooker. He wanted something more. "My driving ambition," he told Mr. Newman on entering politics, "is that I don't want, at the end of my life, to say that I was merely a spectator. I want to put it all on the line."

The paradox, as we know now, is that he put next to nothing on the line. He was a standpatter. When he arrived, his party, viewed as little more than a vehicle for gaining power, was in need of an intellectual overhaul. But instead of redefining and modernizing it, Mr. Ignatieff got engulfed in its inanities. His campaign platform featured little more than a so-called Family Pack of middling social payouts. "Is this all," an observer asks Mr. Newman, "a world-class thinker could come up with?"

Mr. Newman, 82, met with Mr. Ignatieff through the years for periodic interviews. He had a big biography in sight, but with the election drubbing, he had to change course. Although Mr. Newman is one of the biggest-selling non-fiction authors in Canadian history, he knew an Iggy bio would sell like shrapnel.

In broadening the story to the projected demise of the party – he isn't saying it's dead yet – he finds that many of the ingredients for the great fall were there before Mr. Ignatieff arrived. It certainly wasn't all his doing. It used to be that if you were Catholic, French-Canadian or an immigrant, you voted Liberal. But those demographic bases were disappearing along with the geographical ones. As well, historically the party didn't have open leadership feuding, as it had had since the 1980s, when first John Turner, then Paul Martin, clashed with Jean Chrétien. It never had as costly a scandal as the sponsorship scandal.

It never had faced a Conservative leader with the mind and the eyes of an assassin, like Stephen Harper. Wordsmith Newman describes him as being the owner of "the best medieval mind in the Commons." The writer has studied Canadian leadership since the 1950s, but this PM's "ideals and goals seemed antithetical to the country I thought I knew."

Mr. Ignatieff was aware of what he was up against. "A lot of people feel alarmed by Harper's fundamental contempt for institutions," he told the author. "Harper has a systematic hostility to them all and that's the core issue." But the thinker couldn't turn into the actor he wanted to be. On that very core issue, he offered only tinkering around the edges of democratic reform.

One of the more remarkable passages in a hurriedly written, but nonetheless compelling, book comes from a postelection interview with Peter Donolo, Iggy's chief of staff. Mr. Donolo asserts in all seriousness that the Liberals ran a great campaign, "the best losing campaign in Canada's political history."

The problem, he explained, is that "We seem to be in a post-political world in which people make very superficial judgments about politics." A lot of the old tactics aren't relevant any more. "What's relevant is advertising." As Mr. Newman recounts, the Grits had many millions they could have devoted to advertising, but they frittered it away on party bureaucracy.

Their deathly affliction was to be stuck in old-think. They were standpatters. They failed to heed Norman Mailer's dictum. 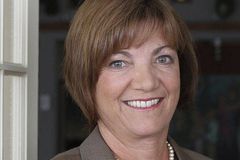 The rise and fall of the Liberal Party
Gallery
November 18, 2011 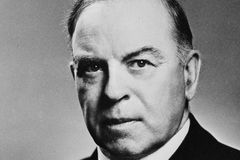