About half the people in Canada's provincial jails on any given night have not been convicted of anything — a number that has ballooned over the years due to growing fear of letting people out on bail, says a federally commissioned study.

In the realm of criminal justice, the role of the state has become one of limiting — to the greatest extent possible — the risks to public safety that offenders represent, says the study done for the Justice Department by University of Ottawa criminologist Cheryl Webster.

"Not surprisingly, this risk-averse mentality has permeated the bail process and translates into vigorous attempts to avoid releasing accused persons who might subsequently commit crimes while on bail."

As a result, the justice system has effectively abandoned the primary grounds for detention — ensuring the accused's attendance in court, the study says.

Among the recommendations for reform: a new legislative framework that presumes innocence and does not detain anyone unless the Crown demonstrates a need to do so.

"While the sheer number and the seriousness of the current problems with bail in Canada are daunting, the time is ripe for action," the study concludes.

"Broken Bail" in Canada: How We Might Go About Fixing It was completed in June and recently released by Justice under the Access to Information Act.

In her mandate letter from the prime minister, Justice Minister Jody Wilson-Raybould was directed to reform the bail regime.

The initiative continues to be a priority, said Justice Department spokesman Ian McLeod. "Bail is clearly a very important element in the justice system — from the perspective of protecting the public, fairness to the accused and justice systems efficiencies."

Webster's study found the problem includes both the procedure for determining whether someone gets bail as well as remand — the detention of accused people in provincial and territorial jails awaiting a bail decision or, having forgone or been denied bail, the resolution of their court case.

While the sentenced population in Canada has steadily declined over time, the remand population has grown more than threefold over the last 35 years, the study says. At about 40 for every 100,000 residents, Canada's remand rate is higher than that of most Western European nations, Australia and New Zealand.

By 2012-13, 54.5 per cent of all adults in Canada's provincial or territorial facilities on an average night were on remand.

For the system, the consequences include higher costs and the "administrative nightmare" of day-to-day management.

For the accused who has yet to face justice, detention can make it harder to hire and communicate with a lawyer, or find evidence or witnesses to show his or her innocence. It can also mean losing a job, bearing the stigma of being locked up and the challenges that come with often overcrowded jails.

While Webster suggests a number of "targeted" changes to the bail regime, she stresses that tinkering will not be enough.

The study says new legislation would not only instill expectations of change, but could be accompanied by requirements that no one be detained unless:

— There is clear evidence an accused would not show up for court, not merely a presumption;

— The accused would be likely to commit crimes that cause "serious harms" to society, in which case there would be detailed explanations and justifications for them remaining behind bars. 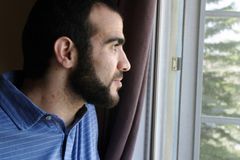 Mother seeks justice for son’s death while in solitary confinement
February 17, 2016
Trudeau calls for ban on long-term solitary confinement in federal prisons
November 13, 2015
Report an error
Due to technical reasons, we have temporarily removed commenting from our articles. We hope to have this fixed soon. Thank you for your patience. If you are looking to give feedback on our new site, please send it along to feedback@globeandmail.com. If you want to write a letter to the editor, please forward to letters@globeandmail.com.
Comments