Centre-left politicians from all over the world trooped to Montreal for a confab in Justin Trudeau's Canada last Thursday. This week, Mr. Trudeau can expect an emphatic reception at the United Nations.

Mr. Trudeau has been in power less than a year and many hard decisions and concrete policies are still on his government's drawing board. But times are hard for centre-left politicians around the world. Many desperately want Mr. Trudeau to be the solution.

Popularity and a celebrity image add sizzle to the fact that the kinds of promises Mr. Trudeau is making hit on the problems that centre-left politicians elsewhere – the parties that call themselves progressives or liberals or labour – are struggling to address. In a world of Brexit and Donald Trump, Mr. Trudeau has promised "inclusive growth" to spread the benefits of globalization and to integrate newcomers into a society that's happy to see them arrive.

Mr. Trudeau just played host to a funding conference for the Global Fund to fight AIDS, Tuberculosis and Malaria, he has promised to send peacekeepers to Africa and he'll praise the UN in New York this week. To Canadians, that's just a return to Liberal ways. To many elsewhere, it's an embrace of internationalism from a new, popular cheerleader.

At home, Mr. Trudeau has yet to tackle many tough political tradeoffs and his critics point to what he hasn't done. Conservatives note he hasn't yet delivered economic growth. And the NDP argues that Canada's continued arms sales to Saudi Arabia make the Liberals less-than-ideal internationalists.

But in Germany or France, a leader who stays popular while promising policies that make globalization work for all, and happily lauds diversity after airlifting 25,000 Syrian refugees, is alluring to the centre-left, and even some on the centre-right.

Foreign diplomats report that politicians back home show an unusual interest in Mr. Trudeau. Where Canada's government was seen as boring before, now it's keenly watched. In France, the magazine l'Obs carried an article about Mr. Trudeau's Canada with the headline, "Another Politics is Possible."

That's partly because the opposition the centre-left faces in the United States and Europe isn't the same as it was. It's not free-market, free-trading, tax-cutting conservatives they are most worried about – it's the close-the-borders, send-back-the-immigrants politicians.

Mr. Trump is running close to Hillary Clinton, whose own supporters find her uninspiring. In France, President François Hollande is polling far behind National Front leader Marine Le Pen, and centrists seem factionalized. In Britain, former Conservative PM David Cameron hooped himself into a Brexit referendum while trying to finesse the appeal of the anti-EU, anti-immigrant policies pushed by the UK Independence Party, but the opposition Labour Party remains divided.

Last Thursday, centre-left politicians visited Montreal from places like Australia, the Netherlands and Sweden for the Global Progress summit organized by two centre-left think tanks, Center for American Progress and Canada 2020 – and a big part of the draw was Mr. Trudeau's Canada.

"It's unquestionable that that's how progressives everywhere in the world see Justin Trudeau: as the leader of the movement," said Matt Browne, a Brit who is Global Progress's executive director.

In Europe, the political centre is feeling pressure and the centre-left is struggling in some places, Mr. Browne conceded. In France, it's because of a series of terror incidents and Mr. Hollande's ineffectual leadership; in Germany, the centre-left and centre-right parties in the governing coalition have both suffered from discontent over the flow of a million migrants into the country. "They're facing very similar policy challenges, but the politics are different in every country," Mr. Browne said.

Mr. Trudeau hasn't yet proven he's the solution. Foreign countries have often long looked to Canada for lessons on integrating immigrants, but Canada has more control over its borders than many nations; Mr. Browne argued that Mr. Trudeau showed leadership in bringing in 25,000 Syrian refugees – but noted that's not the one million Germany has received. At the Global Progress summit, politicians like Dutch Deputy PM Lodewijk Asscher embraced notions like "inclusive growth," but warned it will fail without the growth part. So far, at least, Mr. Trudeau hasn't delivered much economic growth.

But Mr. Trudeau's political honeymoon is global. The world's centre-left wants to invest hope in him. 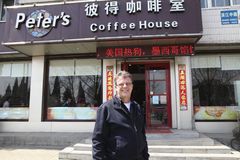