Prime Minister Justin Trudeau will announce Wednesday that Canada will commit soldiers and equipment to assist a number of peacekeeping operations around the world rather than devoting all of the country's pledged resources to one mission.

These commitments will be different from traditional deployments and may be more of a supporting or specialized role that can be used wherever needed.

One source familiar with plans said Canadian expertise will be offered to help where needed as opposed to committing to one specific place only.

There will be specific contributions that will involve certain deployments and troop commitments in strategic areas, but Canada will depart from the practice of countries that pick one country and contribute to a continuing mission, the source said.

Canada pledged $400-million and 600 soldiers for future peacekeeping missions in August, 2016, and Mr. Trudeau's speech in Vancouver will lay out examples of where troops and assets will be deployed.

The pledge would go beyond ground operations.

The Liberal government has faced calls from Ukrainian-Canadians as well as the Official Opposition to lead a peacekeeping mission to war-torn eastern Ukraine to help stabilize the conflict between Kiev and Russian-backed belligerents.

On Tuesday, as delegates from 80 countries convened for a major peacekeeping summit in Vancouver, former general Roméo Dallaire said Canada needs to step up its peacekeeping commitments to the United Nations.

"We're a world-leading middle power. It is inconceivable that we hold our capabilities within our borders," Mr. Dallaire told reporters during a break in the gathering. "Great nations are not nations that hold their capabilities back."

Mr. Dallaire, who was in command of an ill-fated 1990s UN peacekeeping mission in Rwanda that failed to prevent genocide in that country, said Canada "got out of the business" of peacekeeping as it focused its energy elsewhere, but needs to re-engage despite the risks of casualties.

"Everybody must be conscious of the fact that if you're going to send peacekeepers in, you may face casualties. If you're not prepared for that, don't send them."

Mr. Dallaire, a former senator, declined to comment specifically on expectations around the federal Liberal commitments on Wednesday, saying only, "We'll see how the political elite of this country is handling this demand."

But the Liberals are under political pressure to fulfill their promise. On Tuesday, the NDP issued a statement by foreign-affairs critic Hélène Laverdière and national-defence critic Randall Garrison, saying "if Canada's offer at this week's meeting is limited to just equipment and training, this will be yet another broken promise."

But a senior UN official told The Canadian Press he approves of the expected Canadian commitment, noting that many missions are short on the type of high-end equipment and personnel Canada can offer.

"It is precisely in these high-technology areas – engineers, hospitals and doctors, strategic airlift and tactical airlift – that developed countries have the largest contribution to make simply because they have the capacity," said Atul Khare, the UN's undersecretary-general for field support.

"Rather than only making one mission 100 per cent, you improve many missions from, say, 70 per cent to 80 per cent, which is a better way of improving the situation globally."

As he was wrapping up his visit to the Philippines for the Association of Southeast Asian Nations summit, Mr. Trudeau said on Tuesday that Canada's contribution would ensure "maximal positive impact, not just for Canadian contributions but for all peacekeepers." In remarks to a conference forum in Vancouver, federal Defence Minister Harjit Sajjan offered no details on Canada's plans, but touted the idea of extending new roles for women and youth in peacekeeping.

Rachel Grimes, a military-gender officer in the peacekeeping operations department of the United Nations, told a forum that only 3 per cent of UN peacekeepers are women.

"I am staggered that in 2017 our peacekeeping force are 97-per-cent male," Lieutenant-Colonel Grimes, adding that is not reflective of societies that require peacekeeping.

"An all-male force, an all-male patrol going through a village will not have the same impact as a mixed patrol. Having a mixed patrol will make it easier for women and girls and men and boys to engage with the United Nations." 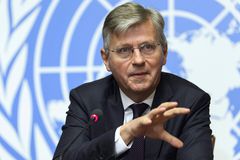 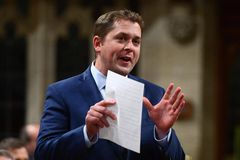 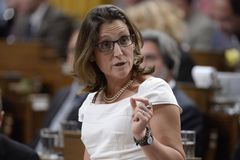 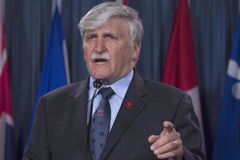 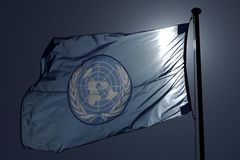 Follow Steven Chase and Ian Bailey on Twitter @stevenchase @ianabailey
Report an error Editorial code of conduct
Due to technical reasons, we have temporarily removed commenting from our articles. We hope to have this fixed soon. Thank you for your patience. If you are looking to give feedback on our new site, please send it along to feedback@globeandmail.com. If you want to write a letter to the editor, please forward to letters@globeandmail.com.
Comments