Jabar Yawar, chief of staff for the Kurdish Regional Government's Peshmerga Ministry, aired his concerns in an interview with Rudaw, a news website based in Erbil, Iraq.

"It is a bad news for us. Canada was a major partner in the coalition and it was a great help to Kurdistan," Mr. Yawar said in an interview posted Wednesday about Mr. Trudeau's plan to end this country's combat operations in Iraq and Syria.

The comments from the Kurdish peshmerga are a shift from the praise the fighters generally shower on Canada.

The Liberal campaign pledge means bringing home the Canadian CF-18 fighter jets that form part of the U.S.-led coalition bombing IS targets in Syria and Iraq.

Canadian warplanes have launched nearly 180 air strikes on Islamic State targets since November, 2014, and the vast majority of these have been in and around the autonomous Kurdish region in northern Iraq, where the Kurds and other Iraqi ground forces are battling Islamic State militants.

The air-combat deployment in Iraq and Syria is the first major foreign-policy test for Mr. Trudeau, who won a majority in Monday's federal election and ran on a pledge to "end Canada's combat mission in Iraq."

The White House has said publicly this week it would prefer Canada continue to play the "important role that they've played thus far," but Mr. Trudeau in a postelection press conference said he intends to stick with his promise to end the air strikes and would proceed in an "orderly fashion."

The Liberals pledged during the election campaign to continue training "local forces" in Iraq and to provide more humanitarian support to victims of Islamic State militants.

Right now, there are nearly 70 Canadian special-forces soldiers in northern Iraq acting as military advisers to Kurdish peshmerga battling IS.

It's not clear whether the Liberals will replace these elite soldiers with conventional troops.

During the last year, Mr. Trudeau and Mr. Harper clashed over how to fight terrorism and the Liberals voted against the Conservative-dominated House of Commons motion to deploy jets to Iraq and, later, to Syria.

The very same type of warplanes – CF-18s – will fly past the National War Memorial on Thursday, when Mr. Harper, as one of his final acts in office, joins a commemoration of the attack in downtown Ottawa and on Parliament Hill one year ago that left a Canadian soldier dead.

The government arranged for this fly-past and it's a reminder of the rationale Mr. Harper used to justify Canada's part in the air war in the Middle East: That this country needed to do its part to fight the Islamic State because the extremists have called for more attacks on targets in Canada.

It's not clear how soon a new Liberal government will withdraw the fighter jets. George Petrolekas, a fellow with the Canadian Global Affairs Institute, suggests the pullout may not come until March 31, 2016 – the end date set by Parliament earlier this year when the mission was extended.

"The withdrawal would likely be after the current term expires – it's the commitment we made to allies, and is also what Parliament had authorized," Mr. Petrolekas said.

A spokesman for Mr. Trudeau declined to comment on the comments from the Kurdish peshmerga.

The Department of National Defence said it awaits instructions on what will happen to Operation Impact, the military's name for its mission in Iraq and Syria. "The Canadian Armed Forces stand ready to implement government direction when it comes," spokesman Dan LeBouthillier said 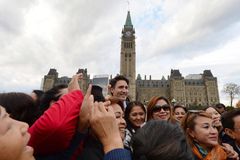 Trudeau promised to stop bombing IS. He needs to explain why.
October 21, 2015 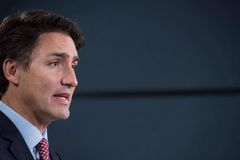