With a good-natured farewell speech to diplomats on Monday, Lawrence Cannon marked his departure as the last of Stephen Harper's four minority-government foreign ministers. The question now, as the Prime Minister begins his four-year mandate, is whether majority government will change his approach to the world.

Mr. Harper will dispatch Health Minister Leona Aglukkaq to the first major international meeting of his majority, an Arctic Council session in Greenland on Thursday. But in two weeks he'll head to a G8 summit in Deauville, France, to launch his third-term foreign policy. Over the past five years, Mr. Harper's policy has stuck close to domestic politics, and sometimes cleaved to the votes of diasporas at home. "Rarely did the government raise its head above the political trenches when thinking about Canada's role in the world," said Fen Hampson, the director of Carleton University's Norman Paterson School of International Affairs.

Now, Mr. Harper and his new foreign minister - the as-yet-unnamed replacement for the defeated Mr. Cannon - can play for the longer term. But it won't all be freer rein. On issues like Afghanistan and trade, he was able to craft the basics of bipartisan policy with the Liberals, but the NDP, now the Official Opposition, stood outside those agreements. And getting provinces onside will be key to some of Mr. Harper's international economic agenda.

Libya: Mr. Harper's most immediate foreign-policy challenge will likely be staking out the future of Canada's military mission in Libya now that Western allies seem stalemated. The G8 summit will be a key forum, with gung-ho leaders of Britain and France pushing for more support for Libyan rebels and Russia objecting. Mr. Harper's instincts, according to government sources, are to side with the tougher approach of Britain and France; with the United States looking to others to take lead roles in Libya, it's a test of his taste for post-Afghanistan intervention.

The Canada-United States Perimeter talks: With a majority, Mr. Harper has greater latitude to strike a deal with the United States to co-ordinate border security and harmonize regulations without fearing it will be judged a sellout of Canadian sovereignty in an imminent election. The NDP and others will likely criticize the agenda, but Dr. Hampson argued that Mr. Harper could make it a major legacy that reduces security-driven barriers to trade - but the Prime Minister's immediate attention will be needed to advance it with an Obama administration already looking to the 2012 election.

Trade: Mr. Harper has lionized the cause of free trade, but big deals didn't close under the minority government, amid fears of raising opposition and offending sectors like the Quebec dairy farmers or Ontario manufacturers. A four-year mandate gives Mr. Harper leeway to sign big deals like a trade agreement with the European Union, and then allow political wounds to heal. The catch is that a trade agreement with the EU, and probably other deals, will require approval from provincial governments, some of which will face their own elections this year.

Asia: Although ties with China chilled in his first two years, Mr. Harper has since attempted to warm relations with China and India to encourage investment and trade. Now, Mr. Harper, who promised to make the economy his overarching priority, has a four-year timeline to plan an Asian strategy, not just with trade deals but expanding the transportation infrastructure in the government's Asia-Pacific Gateway projects - and setting the course on whether Canada will try to diversify energy exports by building oil and gas pipelines to the West Coast.

The Arctic: The government now has time for less talk and more action on the Arctic. The sabre-rattling about defending Canada's Arctic sovereignty alternately annoyed Russians and Americans, but the real divvying of turf and the vast resources of the North is on the agenda in the current term. Canada will submit its claims to the Arctic seabed for UN arbitration by 2013, and there is likely to be a rush to negotiate settlements, as in the Canada-U.S. disagreement over a patch of the Beaufort Sea along the border between Yukon and Alaska. 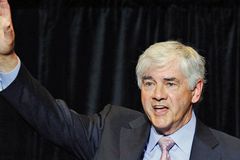 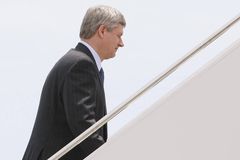 In search of a strong Foreign Minister for Canada
May 6, 2011